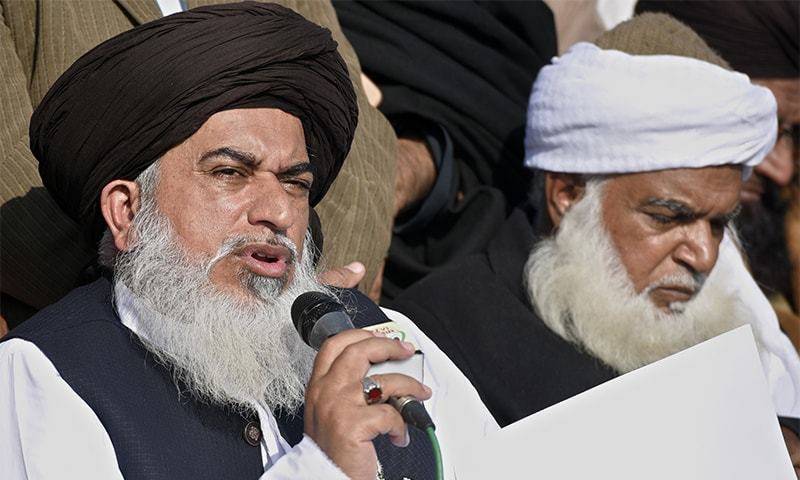 ISLAMABAD - An Anti-Terrorism Court (ATC) in Islamabad ordered the arrest of Tehreek-i-Labbaik leaders Khadim Hussain Rizvi, Pir Afzal Qadri and other absconders in a case regarding the Faizabad sit-in, staged last year by the said leaders.

Three cases have been registered against Rizvi, Qadri and Maulana Inayat and the court has ordered the police to submit final challans by April 4. The suspects had failed to appear before the court despite being issued multiple summons.

ATC on March 6 had declared Rizvi as well as other leaders of Tehrik-e-Labbaik absconders and initiated the proclamation process against the suspects over their failure to appear for trials of cases relating to the sit-in staged against the amendment in the Election Act 2017 pertainig to Khatam-e-Nabuuwat.

The workers of TLYR and other religious groups had on November 6, last year, camped at the Faizabad Interchange in Islamabad against the change in the oath of elected representatives, paralysing the twin cities for more than two weeks.

Police and Frontier Constabulary (FC) personnel had launched an operation to disperse the protesters after the Islamabad high court had ordered the clearance of the bridge the protesters had occupied.