It’s serious, sending 'good morning' messages to women can land you in jail 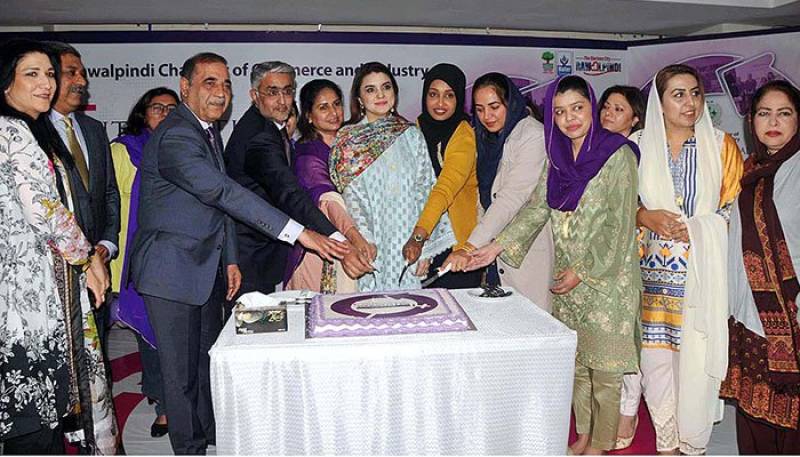 RAWALPINDI - The Federal Ombudsperson for Protection Against Harassment (FOSPAH ) at Workplace Kashmala Tariq Tuesday said that education for women was very vital so that they could stand with men equally and contribute to the country’s economic development.

Addressing a function in connection with “World Women Day” at the Rawalpindi Chamber of Commerce and Industry (RCCI) office here, she said women should aware of their rights and should not tolerate the injustices done to them.

“I have received complaints in which peons have also harassed women at offices,” she said. Tariq said that harassment is not only limited to being sexual but can be of any form.

“If someone constantly asks you out for tea, it is also a kind of harassment,” said the FOSPAH.

Kashmala said that all the institutions, offices and organizations should have indoor harassment committees adding that organisations must report their status of compliance with the workplace harassment law.

The federal ombudsperson said that not only harassment be reported to FOSPAH, adding using mobile phones to intimidate or stalk others, text messages at social media like Facebook, Instagram etc falls under harassment and must be reported.

She lauded RCCI efforts for promoting women entrepreneurship and said that these women playing a remarkable role in the economic uplift of the country. “Women are coming out of the taboos and social bars and now we can see professionals in different sectors other than education sector including IT, Air Force and board members at corporate levels”, she added.

She stressed gender equality and asked participants to raise awareness among fellow members with respect to workplace harassment.

Ambassador of Somalia Khadija Muhammad and Director development and Finance Nazia Parveen Sudhan also spoke on the occasion and highlighted the women role, responsibilities and safeguards being provided by Islamic teaching.

Earlier, President RCCI Malik Shahid Saleem in his welcome address said that the aim of celebrating women day was to acknowledge the role and contribution made by women in uplifting the socio-economic condition in the country.

He said that no nation could make progress without the contribution of women. Rawalpindi Chamber always welcomed women to participate in the Chamber’s

RCCI has established an incubation centre for businesswomen, an equipped place for displaying their products to promote their businesses, he added.