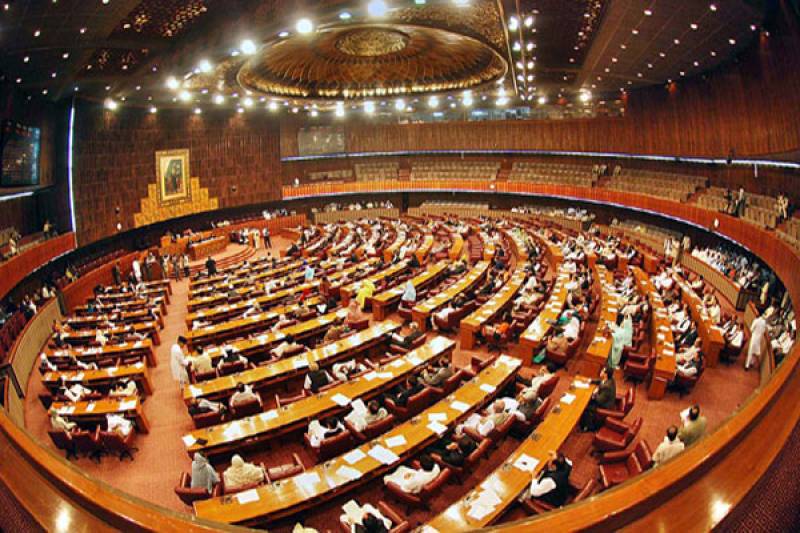 ISLAMABAD (Staff Report) - The National Assembly is Thursday set to take up Twenty-Second Amendment Bill is which would envisage qualifications and procedure for appointment of Chief Election Commissioner and members of the Election Commission of Pakistan.

The bill has been prepared in the light of deliberations and recommendations of the Parliamentary Committee on Electoral Reforms.

The amendment provides that a retired judge of the Supreme Court or a senior bureaucrat or a technocrat could be considered for appointment as Chief Election Commissioner.

It says in case there is no consensus between the Prime Minister and the Leader of the Opposition over appointment of the Chief Election Commissioner, then both of them would send separate lists to the Parliamentary Committee for consideration. The Committee would then approve one of them.

The constitutional amendment also envisages a retired judge of the high court or a senior bureaucrat or a technocrat could be considered for appointment as an Election Commission member.