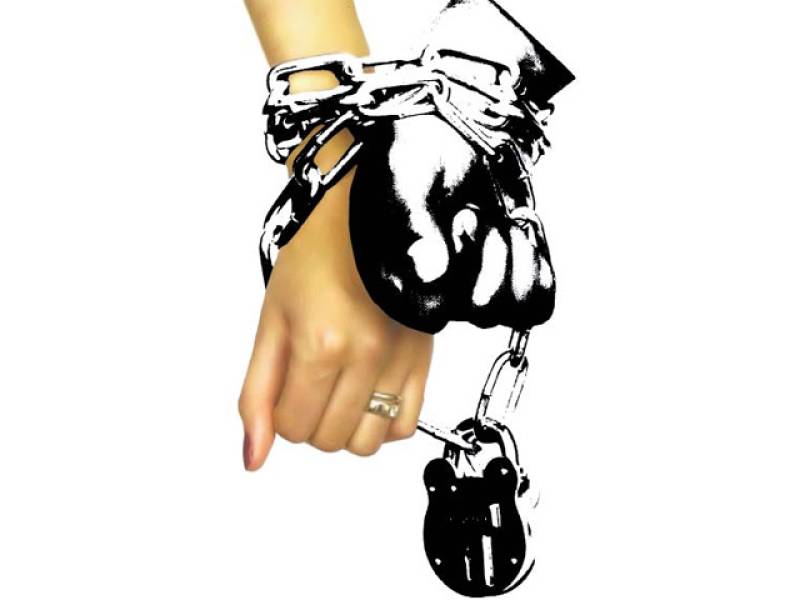 NAUSHAHRO FEROZE, Sindh (Web Desk) - A jirga on Thursday forced two men in a remote village of Sindh’s Naushahro Feroze district to apologize to a local landlord with their shoes in their mouths.

According to Geo TV, the punishment was handed out to two locals when a donkey cart they were riding smashed into an influential landlord, Muhammad Bakhsh.

The identities of the victims have not been ascertained so far.

No FIR was registered against the incident till filing of this report.

Nadia Gabol, the Chief Minister's coordinator for Human Rights, said that the practice of holding jirgas to settle disputes has been strictly prohibited in Sindh and the provincial human rights department would do all in its power to curb the practice.

She hailed the judiciary's role in outlawing such illegal tribal assemblies by imposing a ban on jirgas in April 2004. She said several people, including women, were rescued by the directorate of human rights after being declared 'kari' by jirgas.