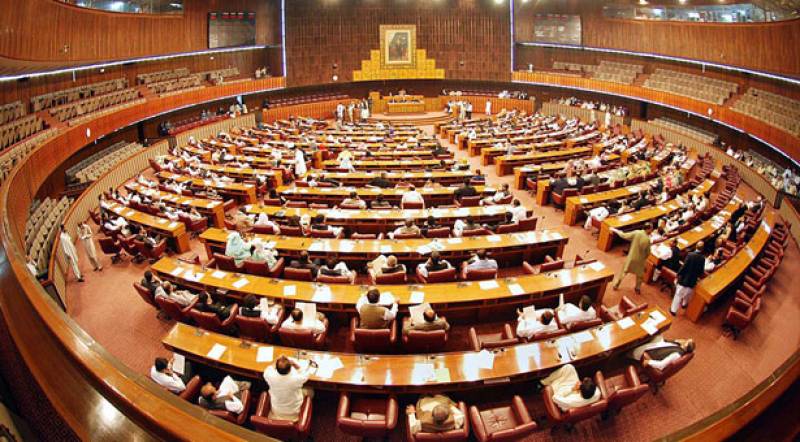 ISLAMABAD (Staff Report) - The National Assembly on Thursday unanimously adopted a resolution for the formation of a 16-member parliamentary committee to frame Terms of References (ToRs) for a judicial probe into offshore wealth owned by Pakistani's, which was revealed in the Panama Papers over a month ago.

Seven members of the committee will be taken from ruling and opposition parties each, while a senator and one member of Muttahida Qaumi Movement (MQM) will also be part of the parliamentary board.

The committee has been tasked to finalize the TORs for the proposed judicial commission within two weeks.