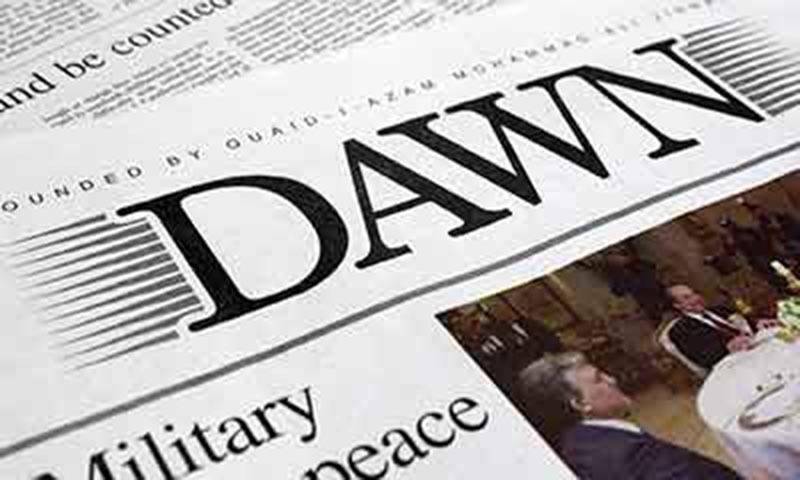 ISLAMABAD - The Press Council of Pakistan, an autonomous body, has issued a notice to Dawn, an English daily, for violating the Ethical Code of Practice,.

The government body has alleged that the media outlet committed an ethical violation by publishing the controversial interview of former prime minister Nawaz Sharif, said reports.

The PCP is an autonomous and independent body established to ensure and monitor ethical standards of practice for Pakistan’s print media, news agencies and their websites.

After the notice was served on one of the leading newspaper, the Human Rights Commission of Pakistan expressed concern over the PCP action. It urged the authorities not to interfere with the media’s right to report fairly.

The commission posted on Friday a statement on Twitter which said it was gravely concerned at reports that Dawn has been served notice.

HRCP is gravely concerned at reports that @dawn_com has been served a notice by the PCP for 'violation of Ethical Code of Practice' and that the newspaper's circulation has been subject to seemingly arbitrary curbs. #PressFreedom @meranaam @murtazasolangi @cyalm @abbasz55

Such curbs are tantamount to press harassment and only chip away further at the shrinking space for #FreedomofExpression. We strongly urge the authorities not to interfere in the media's right to report fairly. https://t.co/930HAqvhGW

Nawaz Sharif delivered a statement in the interview that was spun by the Indian media as a tacit admission of Pakistan’s involvement in the 2008 attacks that left 166 people dead.

Sharif, who has been disqualified to hold public office for life by the Supreme Court in the Panama Papers case, in an exclusive interview with Dawn slammed the slow probe and questioned the authorities who allowed the Mumbai attacks ‘to take place from Pakistan soil’.

Criticising the country’s foreign policy, Sharif had added: “We have isolated ourselves. Despite giving sacrifices, our narrative is not being accepted. Afghanistan’s narrative is being accepted, but ours is not. We must look into it.”

Soon after the statement, Indian media outlets gave a twist to the story and started portraying Pakistan in a bad light, out of context.