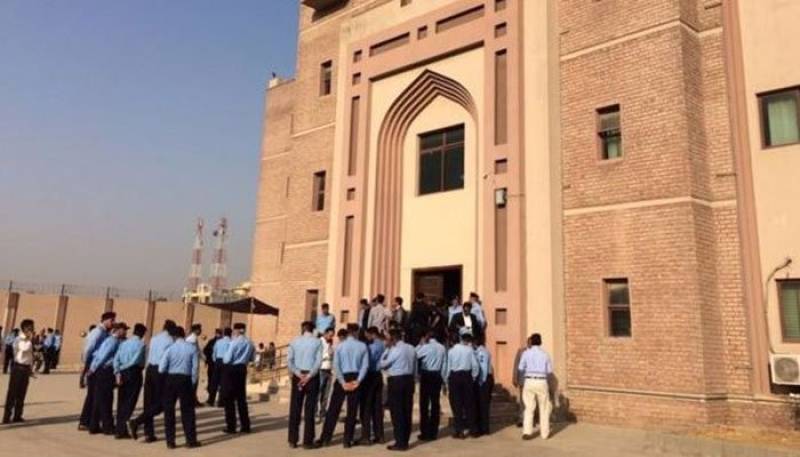 ISLAMABAD - An Accountability Court approved on Wednesday to include Mutual Legal Assistance (MLA) in the court record, in Al-Azizia reference filed against former premier  Nawaz Sharif and his family members.

The judge of accountability court no 2, Arshad Malik resumed hearing of graft reference filed against Sharif family by the National Accountability Bureau (NAB).

The court made MLA of 31 May 2017 as part of its record in the case filed in line with the directives of the supreme court in the Panama Papers case.

During the hearing of the case,  NAB prosecutor requested the court to return the original copy of MLA to the witness after seeing its original copy adding that it should not be made public.

To this, Khawaja Haris replied how can someone stop the dissemination of the MLA when it is made part of the record.

It is against the fundamental rights of accused and against a fair trial if no copy is provided, he added.

The court, however, approved the request and adjourned the hearing of the case till September 24.

In another landmark decision, the Islamabad High Court (IHC) suspended the conviction of former premier Nawaz Sharif, his daughter Maryam Nawaz and son-in-law Captain (retd) Safdar in the Avenfield reference.

The IHC announced its much-awaited verdict on a slew of petitions filed by the Sharif family against their conviction in the Avenfield reference, on Wednesday and ordered the accused to submit surety bonds worth Rs 0.5 million each.