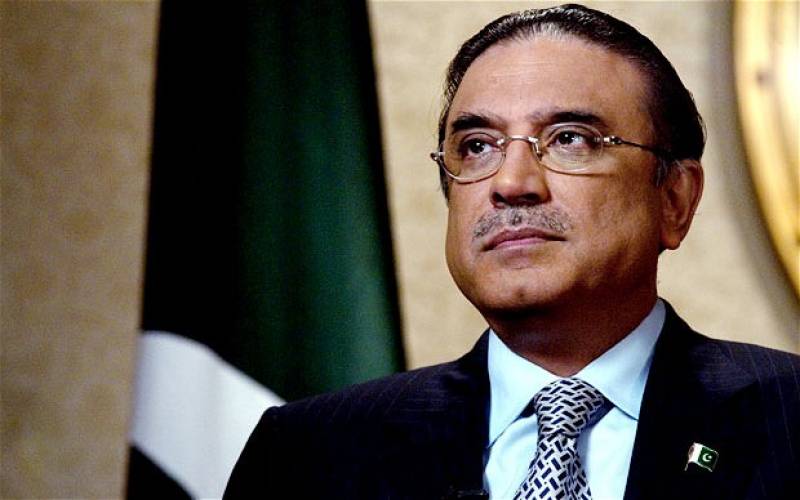 ISLAMABAD - Former president and Pakistan People's Party (PPP) co-chairman Asif Ali Zardari in his review petition to Supreme Court on Tuesday said it was disrespect to martyrs if someone asks details of their assets.

Zardari filed a review petition in the Supreme Court in the National Reconciliation Ordinance (NRO) case, challenging its Aug 29 order in which the court had sought details of his and those of assassinated former prime minister Benazir Bhutto’s foreign assets.

Such details had nothing to do with the case and it was out of context and against his fundamental rights, Zardari argued in the petition.

Zardari's counsel Farooq H. Naek in review petition argued that the Aug 29 order had erroneously shifted the burden of proof to Mr Zardari, asking him to prove his innocence. This is something that Mr Zardari has done time and again and even he has been acquitted multiple times on merit.

The actual burden of proof, the review petition argues, remains on the party which has brought the case before the court. The Aug 29 order prime facie aimed at seeking to gather information which would somehow incriminate Mr Zardari, it added. This is against the spirit of Article 13 of the Constitution which provides protection against double punishment.

Moreover, the review petition says, setting Oct 5, 2007 as date from which financial information of Mr Zardari and his family should be included in the affidavit is arbitrary, ad hoc and does not find basis in the law.

The Aug 29 order has also failed to take into account the practical difficulties that would occur in attempting to gather information required to be furnished in the affidavit sought under the order.

The record is likely to have been shredded and no longer available, especially when it comes to old property documents and details of their sale and purchase price, it says.

The order is also in violation of Article 4, 175 (2) and 187 (1) of the constitution which guarantees rights of individuals to be dealt with in accordance with the law, establishment and jurisdiction of the courts and issue and execution of processes of the Supreme Court, respectively.

Thus, the petition of Mr Gilani does not fall within the purview of Article 184(3) of the constitution, the review petition says, adding the Aug 29 order is asking for the details for a period spanning over a decade. Even under income tax law the limitation prescribed for assessments by Section 121 of the Income Tax Ordinance 2001 is five years and anything before the same is exempt from assessment.

Moreover, under Section 60 of the Election Act 2017, a candidate is only to furnish a statement of his assets and liabilities for the preceding year whereas under the Aug 29 order the affidavit to be supplied covers the period from Oct 5, 2007 till date, which is unheard of.

Even under the election law a candidate is only supposed to furnish details of his spouse and dependent children whereas the order seeks details of the children who were not dependant, the review petition says.