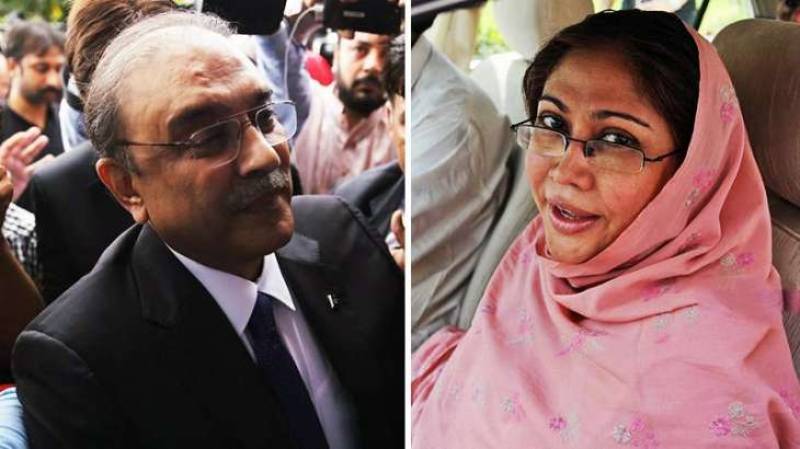 ISLAMABAD – An accountability court in Islamabad on Thursday fixed October 4 as the date of indictment for the money laundering through fake bank accounts case against former president Asif Ali Zardari and his sibling Faryal Talpur.

Judge Muhammad Bashir presided over the hearing on Thursday.

Zardari's defence counsel Latif Khosa complained with the court that despite of the court's orders, an air conditioner and a fridge was not given to his client in the jail. "You [the court] ordered to give fridge in the jail, but they gave bags containing ice," Khosa said regretfully.

Farooq H Naek further told the court that his clients have not received copies of the reference against them. To this, the judge asked Zardari, when he came at the rostrum, whether he has received the copies.

"We have just come [] we haven't seen the copies yet," he responded.

The judge asked all of them to have meeting' in the next room as there was hustle and bustle in the courtroom.

Meanwhile, the court ordered to indict all accused persons on the next hearing after providing them with the copies of the reference.