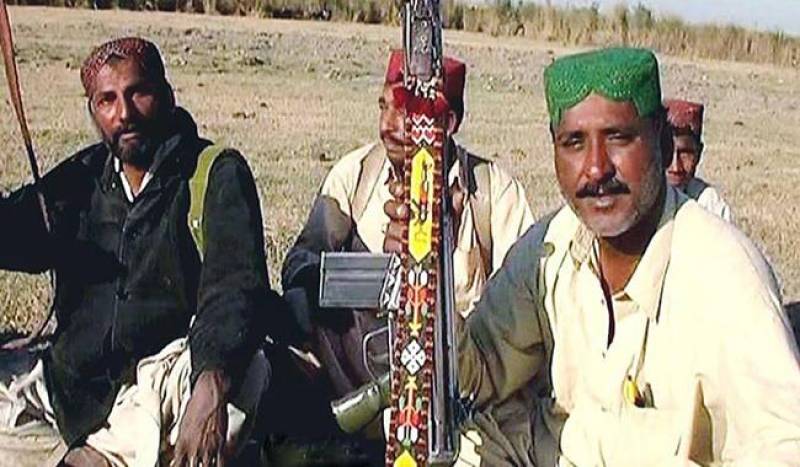 In addition to the surrender of bandits, he said in a televised message, the 24 armed policemen, earlier hostaged by the

gang have also been managed to release safely from the clutches of the surrendering gang.

DG ISPR stated that the armed forces have also safely recovered 72 kins of the bandit gang including 24 women, 44 children

"They all are in the custody of the Army and are being taken care of accordingly," he said. Meanwhile, he said that the concerned authorities have started formal interrogation of Chotu while the released policemen along with the kins of gangsters are being transported from the island.

He said that the operation in the island which had been a "No Go Area" will continue till purging out all the criminals and anti-state elements.

"Operation will continue till the elimination of each one of the bandit on the island," he said. Similarly, he said in a firm tone that all the No Go Areas across the country will be cleared and no terrorist or criminal will let go.

Forces abandoned their posts and ran into the jungle during the operation. Meanwhile their hideouts were also destroyed during shelling by the Pak army.

Pak army’s helicopter air dropped pamphlets warning the suspects to lay down their weapons and surrender.

Earlier last week, police failed in operation against the gang and 24 cops were taken hostage. Some seven personnel were killed including a station house officer (SHO).

Around 150 army paratroopers landed in the troubled area while another 500 reached the site by road after the failed attempt of police.

It was also said that Chotu gang had the backing of terrorist outfits and had links with anti-state elements including Baloch Liberation Army (BLF) and had survived at least seven operations in the past.