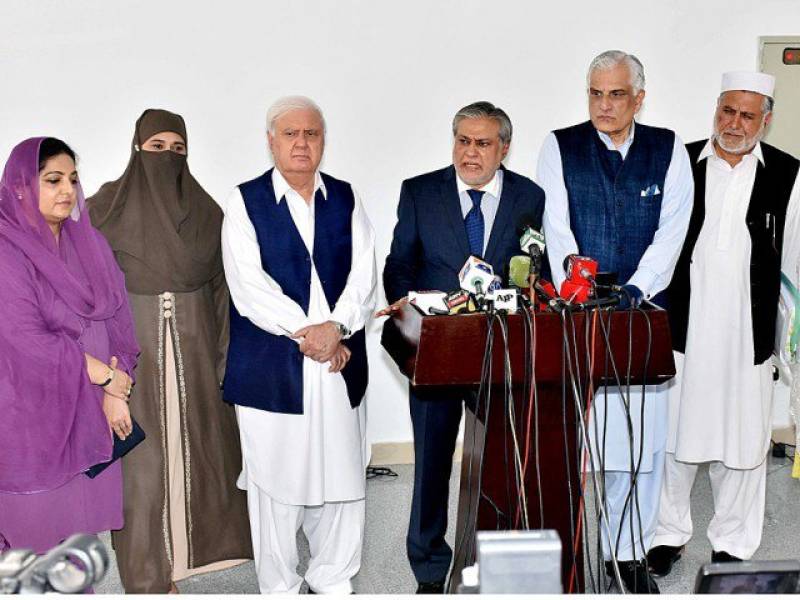 ISLAMABAD - The parliamentary committee on electoral reforms finalised ‘The Election Bill, 2017’ on Wednesday with dissenting notes by five political parties.

Talking to newsmen after the approval Finance Minister Ishaq Dar, who is the chairperson of the committee expressed that the bill will formally be signed on July 21 (Friday) by the committee for its onward submission to parliament for approval.

“Nine major election laws have been merged in The Election Bill, 2017 as per best international practices, with the input of all political parties having representation in parliament,” Dar said.

He said the bill had been finalised in less than two years and every political party had given its input in the proposed legislation for a broader consensus.

The lawmaker said the parliamentary committee conducted as many as 90 sessions and added that the bill was drafted after taking advice from the Election Commission of Pakistan (ECP).

The Pakistan Tehreek-e-Insaf boycotted the final huddle on Wednesday citing that its four demands (as under) were not addressed.

The JI and the JUI-F opposed a clause of the bill under which “less than 10 per cent turnout of women voters in any constituency will make the election void”, terming the clause a violation of the fundamental rights.

The JI also submitted a dissenting note over unlimited election expenses by political parties during the general election, voting right to overseas Pakistanis, biometric verification of voters and financial autonomy for the ECP.

The MQM’s dissenting note related to publication of extra ballot papers, while the ANP objected to some procedural issues in the bill.

He said “millions of overseas Pakistanis, who contribute $20 billion to the country’s economy, support the PTI”, and “this is why the government is reluctant to give them the right to vote."

Over eight million eligible Pakistani citizens with Nicop and Pakistani passports were legally entitled to vote, he said and added that the top court had ordered that the overseas Pakistanis must be given their right to vote.

“[The] PTI finds this unacceptable,” he made it loud and clear.

Expressing views over the appointment of caretaker setup before elections for fair and free elections the cricketer-turned politician expressed that PML-N and the PPP devised caretaker government nine days before the last general election, adding: Even former caretaker chief minister of Punjab Najam Sethi had said that all authority had gone to Shehbaz Sharif in Model Town.

About the biometric verification of voters, the PTI chief said the introduction of that system would remove the issue of stamping multiple ballots, but the government was refusing to adopt it.