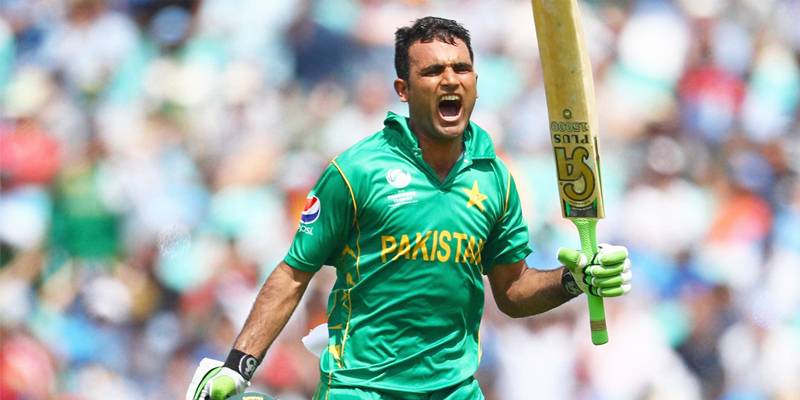 BULAWAYO - Pakistan batsman Fakhar Zaman seems to be in the top form of his life as he on Friday became the first Pakistani to score double hundred in the one-day matches.

Fakhar Zaman scored a brilliant 210 not out off 156 balls, an innings studded with 24 boundaries and 5 sixes.

Master blaster Tendulkar was the first cricketer to achieve this feat. He scored 200 not out against South Africa in Gwalior in 2010.

Sehwag became the second man after Tendulkar to cross the 200-run mark. The former India batsman scored 219 runs against West Indies in Indore in 2011.

West Indies' swashbuckling batsman Gayle scored a blistering 215 against Zimbabwe in Canberra in 2015. Gayle has smashed 16 sixes and 10 boundaries in his knock.

New Zealand's Gutptill achieved the milestone against West Indies in Wellington in 2015 when he scored an unbeaten 237 off 163 balls.