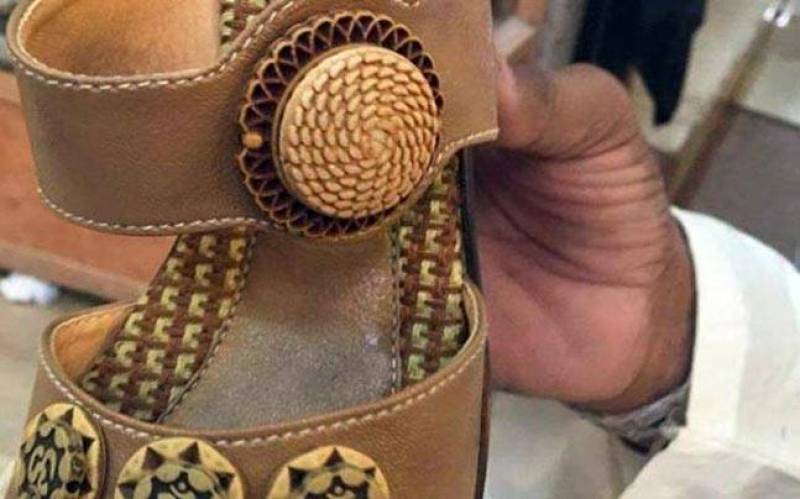 SANGHAR (Web Desk) - Sanghar Police have arrested the shopkeeper, named Jahanzaib, who was selling shoes printed with the name of Hindu deity, "Om".

The arrest is a welcome move to soothe the charged sentiments of Hindus around the country, who had been in uproar since news of the shoes first hit the airwaves.

Talking to the media, Patron-in-chief of Pakistan Hindu Council and Member of National Assembly Dr. Ramesh Kumar Vankwani said the incident had given impetus to a new wave of peaceful activism by civil society, which condemned the act of selling such controversial shoes and expressed solidarity with the Pakistani Hindu Community.

According to initial reports, the shoes were actually purchased from “Naeem Footwear”, based in Moti Bazar, Lahore, and in this regard Punjab Police is also being approached to take action against the manufacturer of the shoes.