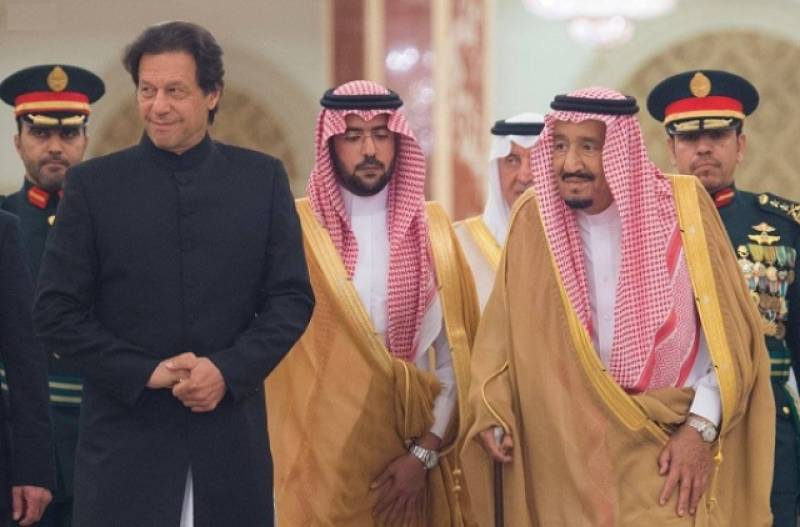 KARACHI - Efforts being made by Prime Minister Imran Khan and his team have started yielding results as Pakistan on Monday received the first instalment of the bailout package pledged by the Saudi Arabia.

A spokesperson from the State Bank of Bank (SBP) confirmed that the country has received $1 billion out of total $3 billion as the balance of payment support.

The remaining $2 billion is likely to be transferred within a few days, he said. The central bank will show the funds from Saudi Arabia on November 29 in its weekly report on foreign exchange reserves.

In October, the Kingdom had agreed to loan Pakistan $3 billion for one year as a balance of payment support and to provide a one-year deferred payment facility for oil payments, up to $3 billion, Foreign Office said in a press release.

It added that the Prime Minister's visit to Saudi Arabia had resulted in significant understandings between Pakistan and Saudi Arabia.

The Kingdom also promised to provide a one-year deferred payment facility for import of oil, up to $3 billion. This arrangement will be in place for three years.

"At the invitation of the Custodian of the Two Holy Mosques, His Majesty, King Salman bin Abdulaziz, the Prime Minister of the Islamic Republic of Pakistan, PM Imran Khan visited Saudi Arabia to participate in the Future Investment Initiative (FII) Conference on 22-23 October 2018," according to the Foreign Office.

The Crown Prince agreed to the Prime Minister's suggestion to reduce visa fee for Pakistani workers, which is a significant step towards enhancing Pakistan's workforce in Saudi Arabia, as well as facilitating travel of people from both countries.