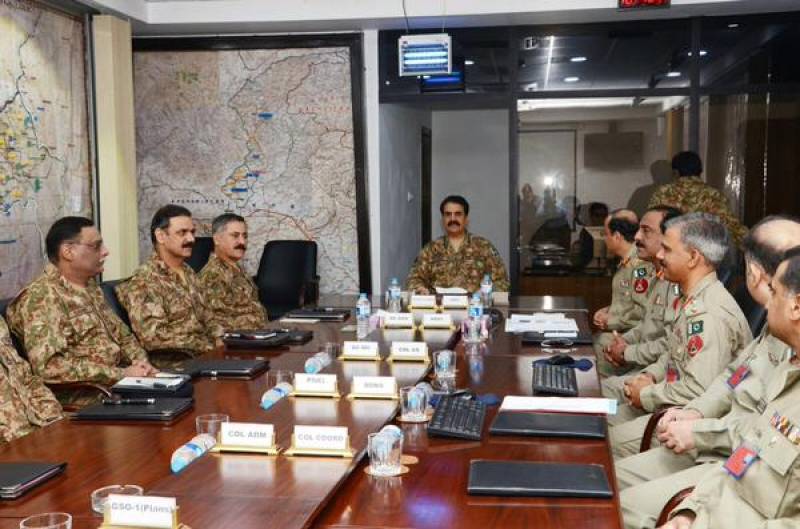 During the visit he was briefed by IGFC about operational preparedness of the force, progress of ongoing operations and FC’s capacity building.

The COAS informally spoke to the officers and men and paid rich tributes to the valor, sacrifices and achievements of FC KPK in operation zarb-e-azb.

He said the FC is fighting hand in glove with army troops in FATA and KPK and FC troops are writing new chapters of bravery, steadfastness and sacrifices.

FC has been playing a pivotal and praise worthy role in fight against terrorism, army chief added.

On the occasion COAS also reviewed new manpower and equipment induction plan to build FC’s capacity and directed to ensure merit in selection, and best training standards to remain an effective and credible institution.

COAS also paid glowing tributes to the police officials and other security agencies that have courageously braved the onslaught of terror and rendered supreme sacrifices along with other security forces in the fight against terrorism.

General Raheel Sharif said that a better coordination at Pak-Afghan border is necessary for long lasting peace in the region.

Indomitable courage of Army &FC sldrs has been bedrock of Op Z-e-A.Pak nation has unshakable trust in its AFs, acknowledges sacrifices-3

Stressed need to work for close coord,better border mngmt on both sides of Pak-Afgn border as pre requisite for long term peace in region-7