Govt. gearing up to arrest PTI stalwarts ahead of Islamabad lockdown: Report 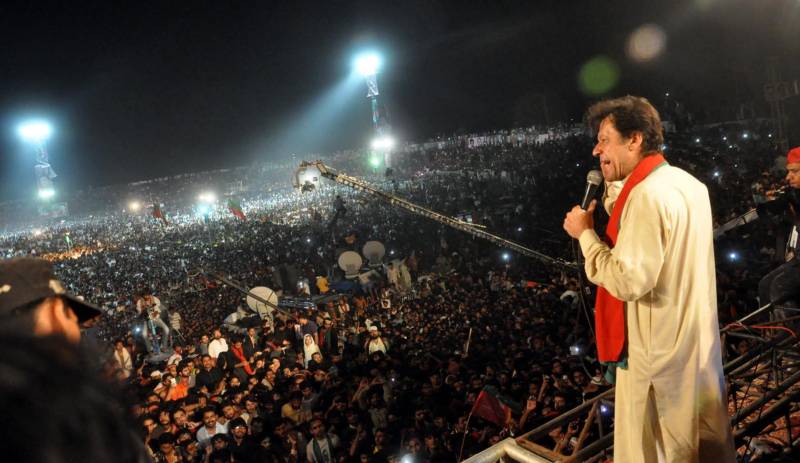 ISLAMABAD - The federal government is reportedly thrashing out a plan to arrest key PTI leaders in a bid to fail PTI chief Imran Khan's attempt to 'lockdown' Islamabad on November 2.

According to a report by The News, a list of PTI giants and workers was being prepared to arrest them ahead of proposed PTI's plan to jam the capital.

Sources privy to the power corridors reportedly disclosed PML-N 's plan to detain top notch PTI office bearers to prevent the party from staging a power show in form of a complete lockdown.

Although the plan was not confirmed by any government official still there were doubts that PTI's supremo Imran Khan would be put under house arrest by the PML-N led government.

PTI's leader Shah Mehmood Quraishi while talking to newsmen on Wednesday (today) confirmed that the government had decided to arrest PTI members.

On the other hand, the PTI chief had warned the PML-N led government that the party was not the same as that from 2014 and in case of any torture by Punjab police, it would respond in the befitting tone.

Imran Khan had threatened PM Nawaz of Islamabad lockdown in case he fails to justify his position in the aftermath of Panama papers truce.

PML-N leaders including PM Nawaz had reiterated that despite the efforts of his foes, Islamabad would remain open.