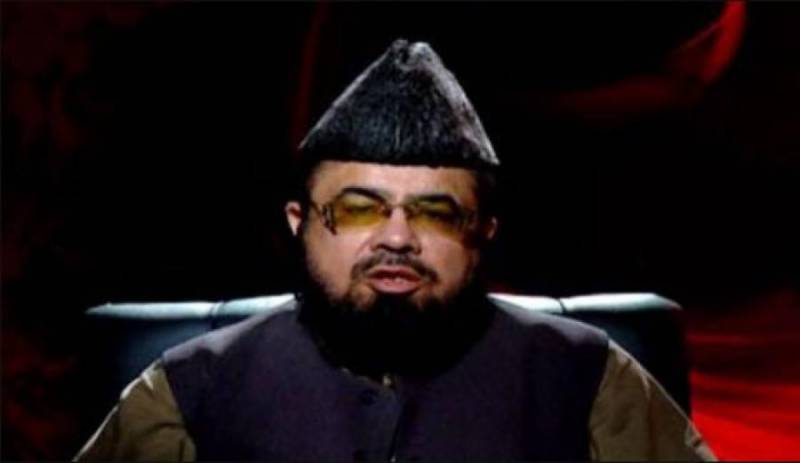 MULTAN - Mufti Abdul Qavi was hospitalised on Thursday evening following cardiac complaint after a judicial magistrate remanded him in police custody for four days regarding the Qandeel Baloch murder case.

Dr Rana Altaf, Director of the Pervaiz Elahi Institute of Cardiology, told newsmen that the cleric was a heart patient and was currently under observation, confirming that the Mufti had undergone angioplasty some time ago.

Detailing the nature of the ailment, Dr Fahad informed that Mufti Qavi was a cardiac patient with two stents and was under strict observation in the CCU (Coronary care unit).

Earlier in the day, police produced the suspect before the court of judicial magistrate Muhammad Parvaiz Khan who granted his four-day physical remand, giving him in police custody for interrogation.

MULTAN - The Multan police arrested renowned scholar Mufti Abdul Qavi who escaped from the sessions court after his ...

The trial court judge/judicial magistrate had issued non-bailable arrest warrants for Mr Qavi on Oct 12 after the court was informed by police that the cleric was not cooperating in the investigation into the model’s murder, however, Mufti Qavi secured pre-arrest bail application with the district and sessions judge the same day.

On Wednesday, the cleric appeared before District and Sessions Judge Chaudhry Ameer Ahmad, but left the court premises before the verdict reserved some time ago on his bail appeal was announced.

Police, however, arrested the cleric while he was heading to Jhang and shifted him to Chahliyak police station.