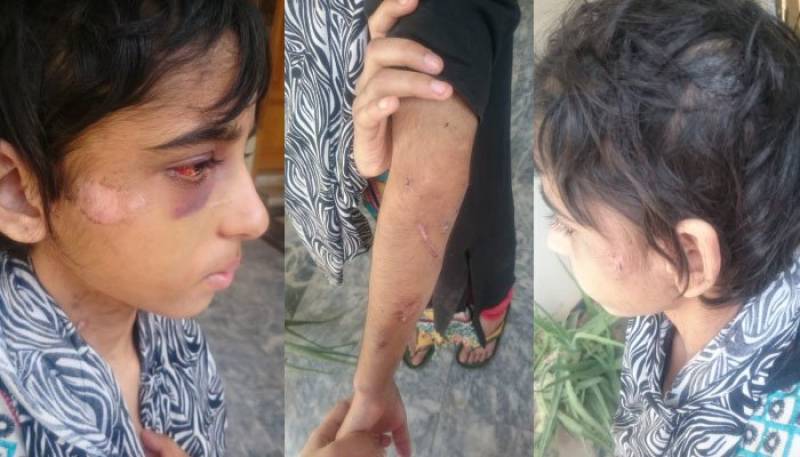 ISLAMABAD - Minister for Human Rights Dr Shireen Mazari has taken notice for the safe custody of a minor domestic worker who was recently tortured by her landlady in Rawalpindi.

In another case of violence on child workers, Major Ammara Riaz would beat Kenza Bashir with a waist belt and rope denying her food or sleep.

On Saturday, the 11-year-old was taken back to her native town of Samundari, in Faisalabad, by her father after she managed to share her plight in a video.

Taking notice of the incident, the Rawalpindi CCPO has suspended an assistant sub-inspector (ASI) over the flawed investigation.

"We will be following it to ensure FIR registration and further action. Child is Kenza Bashir. Her father initially denied violence happened. Now an ASI has been suspended for wrong investigation," Minister Dr. Mazari said in her tweet.

"A police team has been sent to Samundri to bring back the child and her parents. After medical examination an FIR will be registered," the minister stated further.