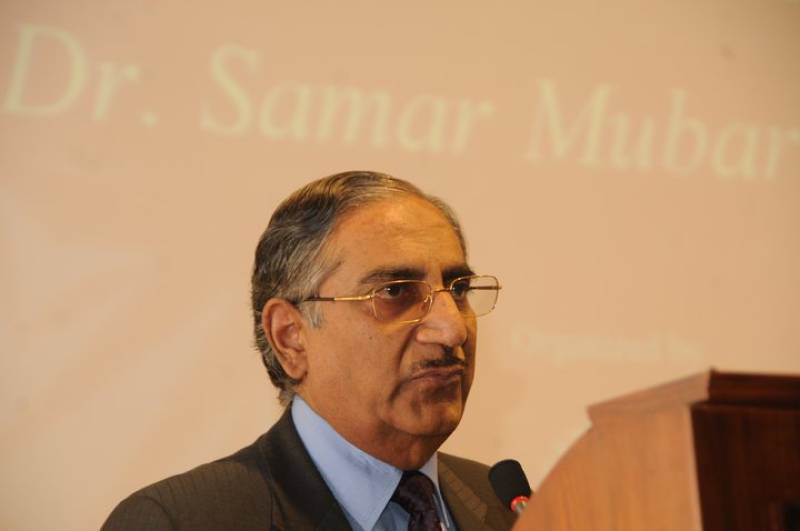 LAHORE - Renowned Pakistani nuclear scientist and former Chairman Thar-Coal project, Dr Samar Mubarak Mand expressed on Friday the hope that he will regain glory after finalization of the reports being audited now-a-days.

Talking to a private channel, he said the Sindh government had got approval from the federal government for making the cheap electricity through Thar-Coal project adding that a huge quantity of coal was available in Sindh province.

'We are confident that the audit team could not find any misappropriation or irregularities in fund utilization,' he affirmed.

The scientist asserted that this was an 8.9 billion rupees project, which should have been completed in a stipulated time frame.

The scientist said in the first phase, 3.7 billion rupees were spent to produce cheap electricity adding that the project had started functioning for about 9000 hours.

ISLAMABAD – The Supreme Court has ordered the National Accountability Bureau (NAB) to probe into the Thar coal power ...

We successfully managed to generate electricity through utilization of coal. We had hired an expert for achieving progress from this mega project but due to unavailability of funds, the project could not continue or produce the expected results, he added.

To a question about shutting down the important project, he said the project was under investigation and being audited, adding that we will win the case as no anomaly could be found in this Thar-Coal project.

The decision of this case would be in our favour, he said.

The comments came days after the supreme court ordered to conduct audit of the Thar coal power project.

A three-member special bench of the top court headed by Chief Justice Mian Saqib Nisar heard the case regarding alleged corruption in the project.

During the proceedings, Justice Nisar said that the hefty amount of Rs4 billion was distributed on the claim of one scientist, adding that Pakistan cannot bear this much loss, directing the auditor general to conduct a forensic audit of the project and submit a report within 15 days.