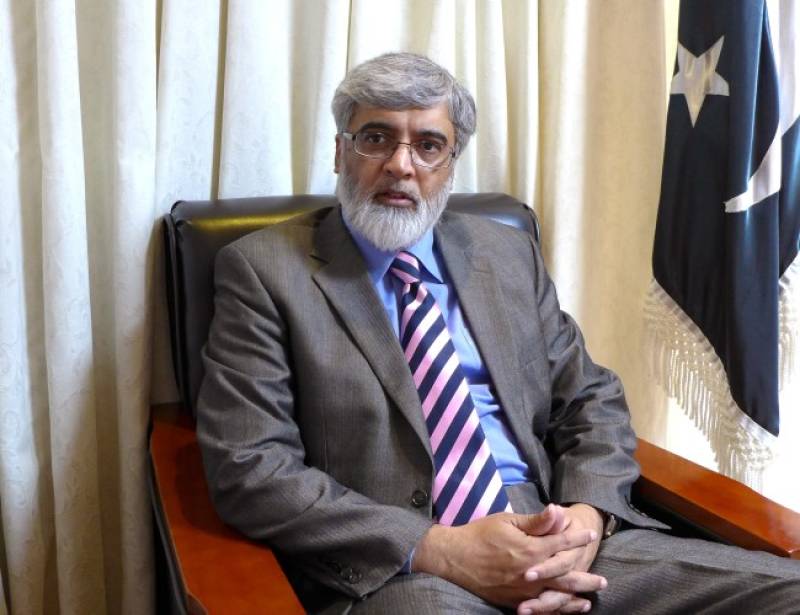 KABUL – Pakistan Ambassador to Afghanistan, Zahid Nasrullah Khan has said that Islamabad supports peace in war-battered Afghanistan which sits to its West.

Khan in an interview with TOLOnews underscored that many Afghan political affairs analysts label Pakistan as the main supporter of the Taliban, saying putting the blame on Pakistan is ignoring the problems in Afghanistan.

Pakistan has already more than two million Afghan refugees and few of them have sympathy with Taliban; on the basis of this perception, you cannot blame Pakistan as we have a 2,611km of a border and more than 30,000 people crossing every day. So, we are not supporting them, affirmed the ambassador.

Pakistani envoy further pinned hope on peaceful elections in Afghanistan and wished great success in holding a credible parliamentary election for which polling began on Saturday and will continue till 4 p.m (1130GMT).

Speaking to reporters, the president said that efforts are underway to hold elections in two provinces Ghazni and Kandahar where the poll was postponed due to a law and order situation.

According to the country’s election authority, at least 8.8 million people are expected to vote for 2,500 candidates who are running for the Wolesi Jirga (lower house of the parliament).