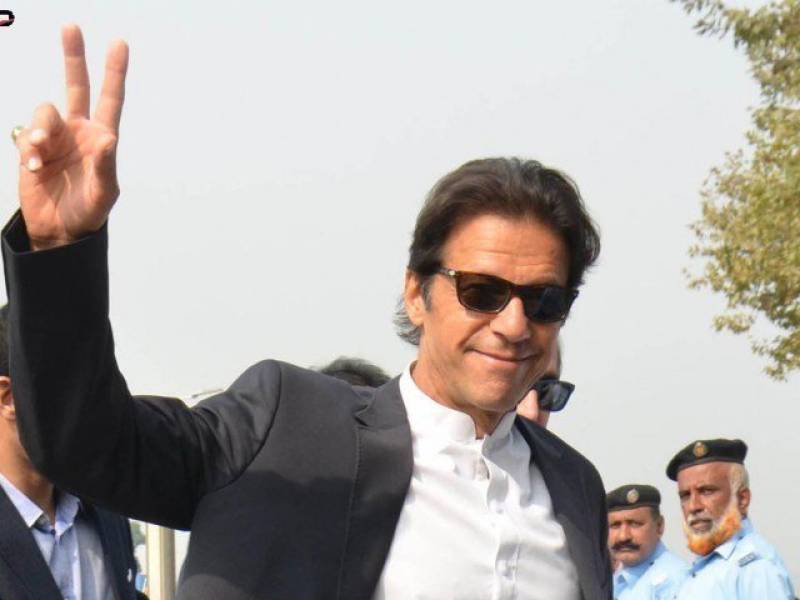 The warrants issued by the Election Commission of Pakistan were scrapped by a three-member larger bench of the court headed by justice Amir Farooq.

Imran Khan was represented by his counsel Babar Awan who in a brief conversation with newsmen stated that the party chairman would continue his political activities for free and fair elections in the country.

The election regulator had issued bailable arrest warrants for Pakistan Tehreek-i-Insaf Supremo Imran Khan on September 14 after charging him with contempt of ECP under Section 103-A of the Representation of People Act, 1976 for not appearing before the commission in a contempt case.

A show-cause notice for contempt, dated August 24, was issued on an application filed in January this year by Akbar S Babar – a former PTI leader and the main petitioner in PTI’s alleged foreign funding.

The notice was served after Khan allegedly declined to submit the party’s accounts details and termed it ‘biased’.

The ECP notice accused Khan of “having chosen not to submit an unconditional apology, thereby obstructing the administration of justice and willfully flouting the directions of the commission,” the Express Tribune reported.

It said despite being given repeated opportunities, the PTI chief refused to tender an unconditional apology in utter disregard to the commission’s direction.

After constant pressing, the party, however, submitted funding details on Monday with a request that it would not be shared with the plaintiff or the public.