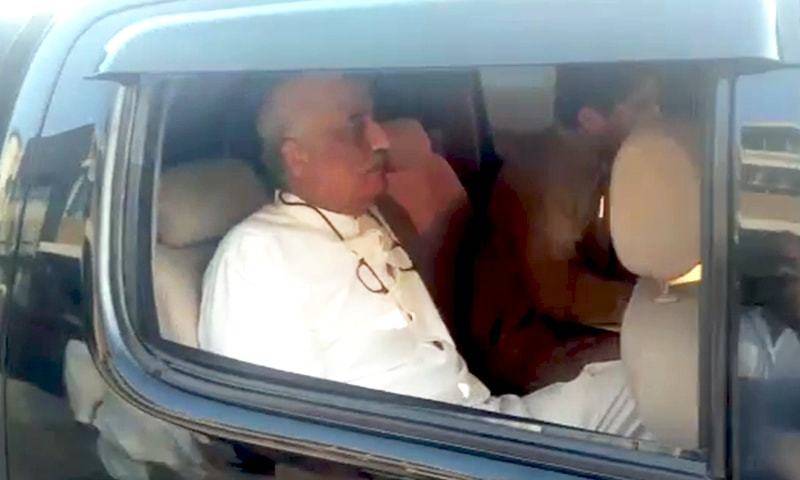 According to media details, Khursheed Shah had pain in his abdomen and he was suffering high blood pressure after which he taken to the hospital for medical examination.

The senior PPP leader complained about having difficulty in breathing, while his sugar level and heartbeat rate was also recorded higher than normal.

On Wednesday, Khursheed Shah was arrested by the National Accountability Bureau (NAB) after he was accused of allotting to himself an amnesty plot illegally from a cooperative society in Sukkur. The NAB raided also his house in Bani Gala and seized important documents.

On August 7, the anti-graft watchdog had unearthed more than 105 accounts that Khursheed Shah had opened under his and family members’ names in Karachi, Sukkur and other cities.