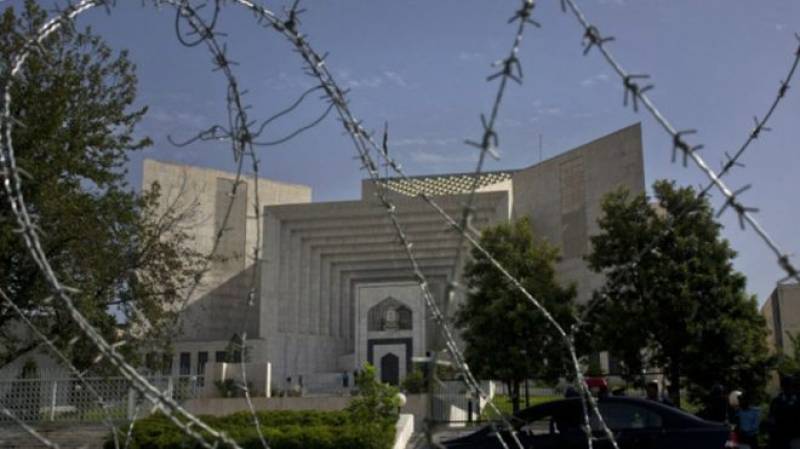 ISLAMABAD (Web Desk) – The federal government has urged the Supreme Court to drop the order issued for staying execution of the prisoners awarded death penalty by the military courts on terror charges, a BBC report said.

The government – in a miscellaneous plea submitted about the establishment of military courts, through the attorney general of Pakistan on Tuesday – also observed it was important for elimination of extremism that terrorists were dealt with according to the law.

On April 16, a 17-judge bench, headed by Chief Justice of Pakistan Nasirul Mulk, had suspended the execution of six prisoners and life imprisonment of another.

They had been all condemned to death on April 2 by the military courts, established through the 21st constitutional amendment under the National Action Plan.

In its plea, the government, said these death row convicts had the right to challenge their term, and upon rejection, they could also file mercy appeals with the president of Pakistan. But, it added, all these formalities should only take six months after which the penalty, these convicts have been handed down, will be implemented.

The government also questioned whether or not the Supreme Court had the right to scrap the legislation produced by Parliament.

The 17-judge bench had, in its short order, observed that the death warrants of terror convicts awarded in the military courts in the future will also be suspended.

Attorney General for Pakistan Salman Aslam Butt had expressed reservation over the apex court’s decision and said the trial of the convicts in the military courts was not a secret crime and a complete procedure was adopted.

“Prisoners have the right to appeal against the black warrants under the Army Act,” he added.

The convicts were reportedly involved in several serious crimes.

Chief Justice of Pakistan Nasirul Mulk said the trial of the convicts was not public, while it was just the death sentences that were public.

The SCBA had filed an application through Asma Jahangir, requesting the apex court pass an interim order staying execution of the men convicted by the military courts till the final disposal of the constitutional petition.

It also prayed that as the guardian of the Constitution the apex court has to ensure the fundamental rights.

“The recent trials of military courts are neither public nor transparent and military courts do not ordinarily observe principle of due process thus the apprehensions of the petitioner are genuine and have merit,” read the plea.