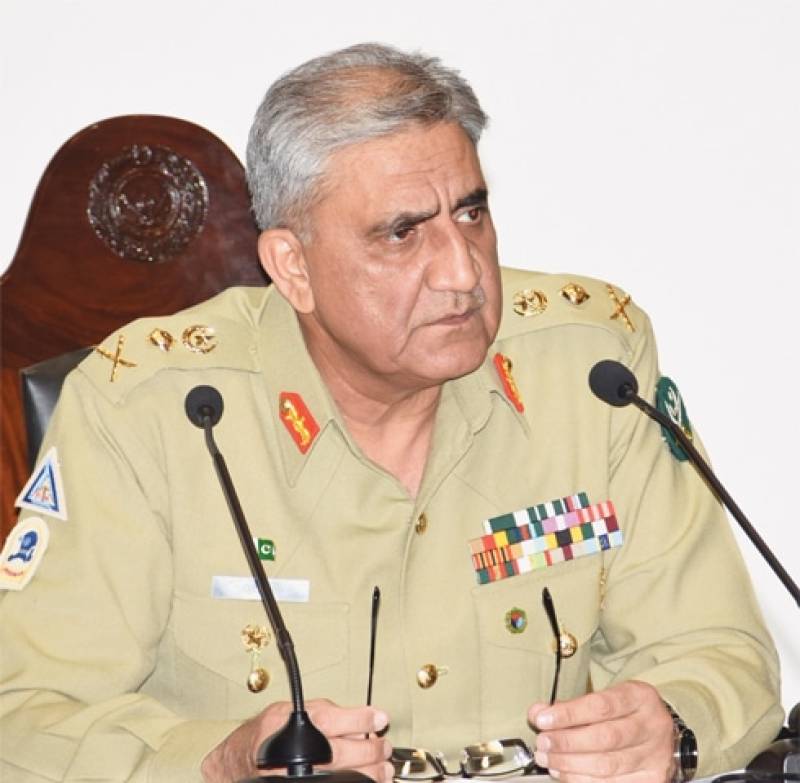 RAWALPINDI - Chief of the Army Staff (COAS) General Qamar Javed Bajwa Tuesday paid tribute to the victims of terrorism on the ‘International Day of Victims of Terrorism’.

The COAS, in a statement released by the Inter-Services Public Relations (ISPR), said terrorism was a global menace and required Inter-Services collective response.

Pakistan, he said, had remained subject to the threat for quite some time, especially during the last two decades.

"The Pakistani nation and its armed forces have bravely and successfully stood up to this challenge and is on a positive trajectory to defeat it effectively," he added.

We express solidarity with courageous families of the victims of terrorism, including security forces, who fought valiantly against it. Our collective resolve shall defeat all inimical forces, which tried to push us towards darkness but are failing in the face of our national resilience and determination.

“We strongly condemn terrorism in all its manifestations and extend full support to all the forces of order and peace to bring enduring peace,” the COAS said.