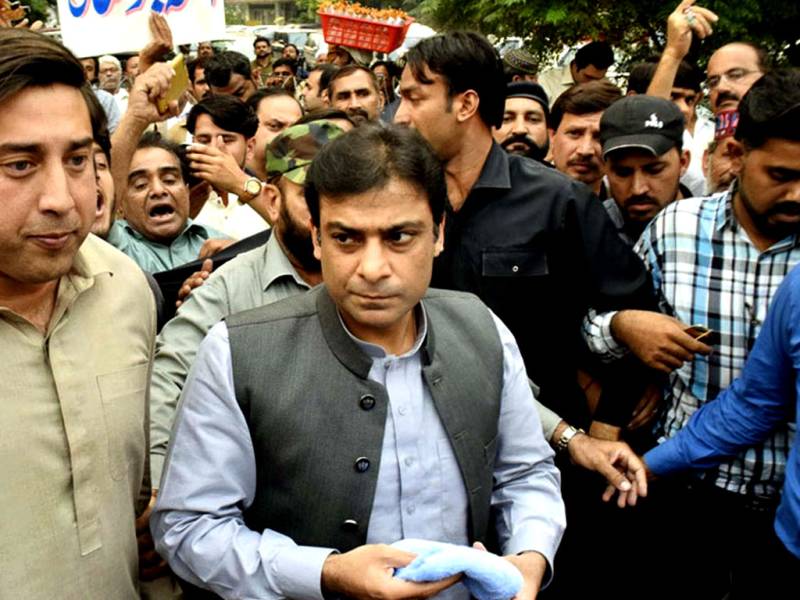 were made from abroad in Hamza Shehbaz's accounts by persons who never went abroad. He submitted that two accused- Shahid Rafique and his cousin Aftab Mehmood- involved in money laundering for the Shehbaz Sharif family, had become approver and got recorded their confessional statements before a judicial magistrate.

He pleaded with the court to extend physical remand for another 15 days for further investigations.

However, the defence counsel opposed the remand plea, saying that his client had provided all record to the bureau.

To a court query, Hamza Shehbaz submitted that there was no truth in allegations and case was based on falsehood.

Subsequently, after hearing arguments of the parties, the court extended physical remand of Hamza Shehbaz for another 14 days and directed for producing him on September 4.

Strict security arrangements were made on this occasion whereas a good number of PML-N workers were also present.

In this case, the bureau alleged that Hamza Shehbaz acquired assets beyond his known sources of income besides committing massive money laundering in the name of foreign remittances.

Meanwhile, the court extended judicial remand of Hamza Shehbaz in Ramzan Sugar Mills case till September 4 while granting one-time exemption from personal appearance to his father and PML-N President Shehbaz Sharif in the matter.

The court also exempted Shehbaz Sharif from personal appearance in Ashiana-e-Iqbal Housing scam. A counsel on behalf of Shehbaz Sharif had filed an application seeking

exemption from appearance in the cases.

The other accused, including Ahad Cheema and Fawad Hassan Fawad, were produced in connection with Ashiana-e-Iqbal case, whereas the court adjourned further hearing till September 4.