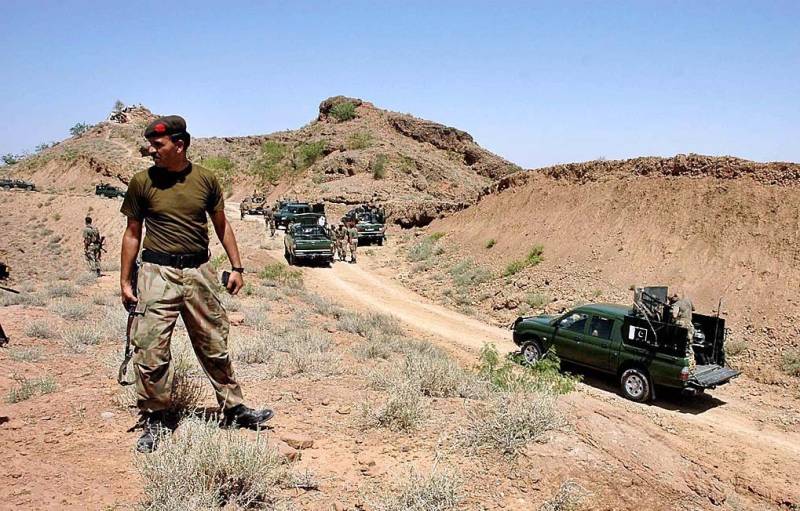 PESHAWAR - As part of a widespread operation against subversive elements, four most wanted terrorists were gunned down in an intelligence-based operation in Tank district of Khyber Pakhtunkhwa, here on Monday.

According to reports, the security forces carried out a search operation in Ping, a sub-town of the semi-autonomous Frontier Region some 35 kilometres in the north-west of Tank.

The security forces were in hot pursuit of the wanted outlawed faction in Ping when they encountered militants of TTP Shaheen group.

The reports suggested that the militants opened fire on the forces and so the forces retaliated with heavy weapons and as a result Commander Umar, the son of former TTP commander Asmat Ullah Shaheen along with his fighters Zalamdin alias Zalmak, Zaman alias Tofan and Wasiullah were killed.

The security forces also held a suspect whose identity could not be ascertained immediately. The group was notorious for target killings, extortion and kidnappings for ransom in Dera Ismail Khan and surrounding regions. Asmatullah was a member of shura of banned Tehrik-i-Taliban and was killed in amid an intra-group rift in 2014.

The security forces reportedly destroyed the hideouts of militants during the operation which continued for several hours.

During the search, security forces seized huge quantity of arms and ammunition including 2 SMG guns, 1 RPG-7 , 9 mortar shells and pistols.

The operation follows a week of terror attacks across the country, leaving over 100 people dead while injuring more than 350 in a series of bombings.

Pakistan has already sealed the border with Afghanistan at Torkham and moved heavy artillery towards Afghan border in a bid to thwart trespassing of miscreants.