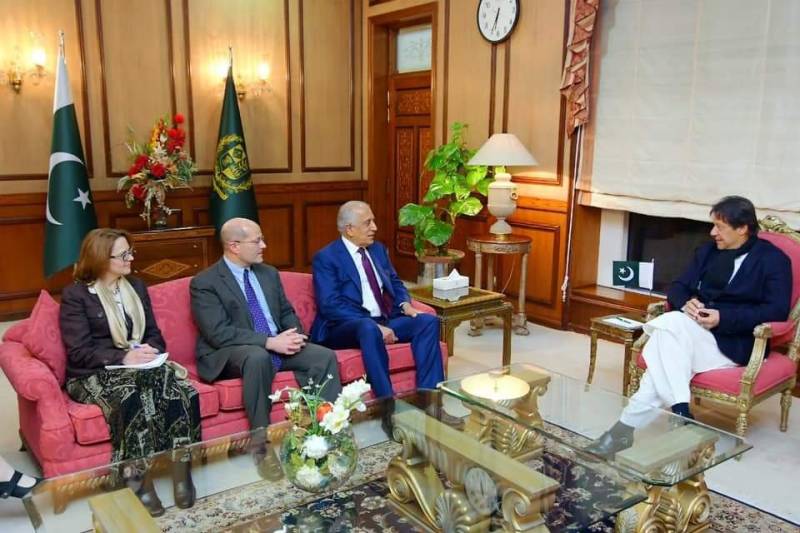 In a tweet, he said, "we are heading in the right direction with more steps by Pakistan coming that will lead to concrete results."

Just completed #Pakistan leg of my current trip in the region to advance the peace process. Good meetings. I appreciate their hospitality & resolve to push for Afghan peace. We’re heading in the right direction with more steps by Pakistan coming that will lead to concrete results

He said he held a productive meeting with Pakistan's top leadership during the visit to advance the peace process and thanked people and government of Pakistan for their hospitality.

Khalilzad, who has completed his visit to Pakistan, arrived in Islamabad on Thursday for talks with top civilian and military leadership. The envoy was accompanied by a US inter-agency delegation representing the Departments of Defence and State, and the National Security Council.

Both sides, during a meeting at the Ministry of Foreign Affairs in Islamabad, discussed progress made in the peace process so far. Foreign Minsiter Qureshi told Khalilzad that Pakistan’s efforts to bring peace and stability to the region would remain ongoing.

ISLAMABAD – Pakistan on Friday assured the United States that Islamabad would keep up efforts to facilitate the ...

Regional security environment and Afghan peace and reconciliation process was discussed during the meeting, according to the army’s media wing, the Inter-Services Public Relations (ISPR).

The US delegation appreciated Pakistan’s efforts towards peace process and besides the Afghan peace process, border management was also discussed.

Washington has long maintained Taliban leaders are sheltering in Pakistan with covert support from the country’s intelligence agency. Washington has been urging Islamabad to use its influence to bring the insurgents to the negotiating table.