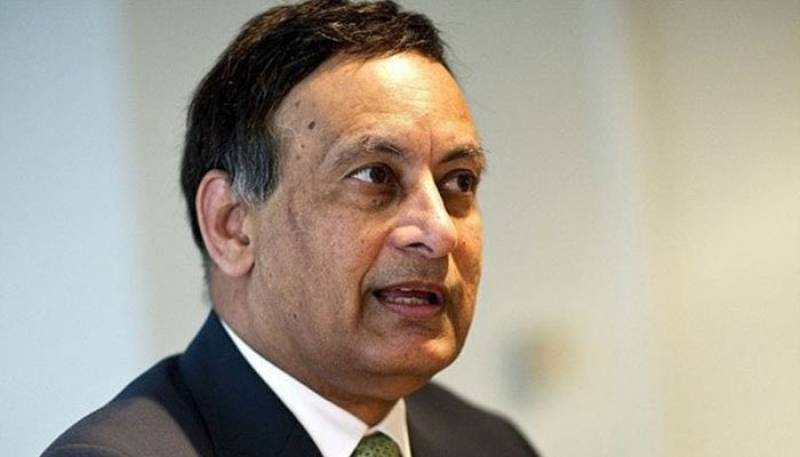 KARACHI - Police on Wednesday registered a treason case against former Pakistan’s ambassador to the United States Hussain Haqqani over his alleged anti-state statements.

Advocate Moulvi Iqbal Haider filed a complaint seeking registration of a case against the former diplomat for allegedly committing heinous crimes by endangering the solidarity, integrity, and security of the country. 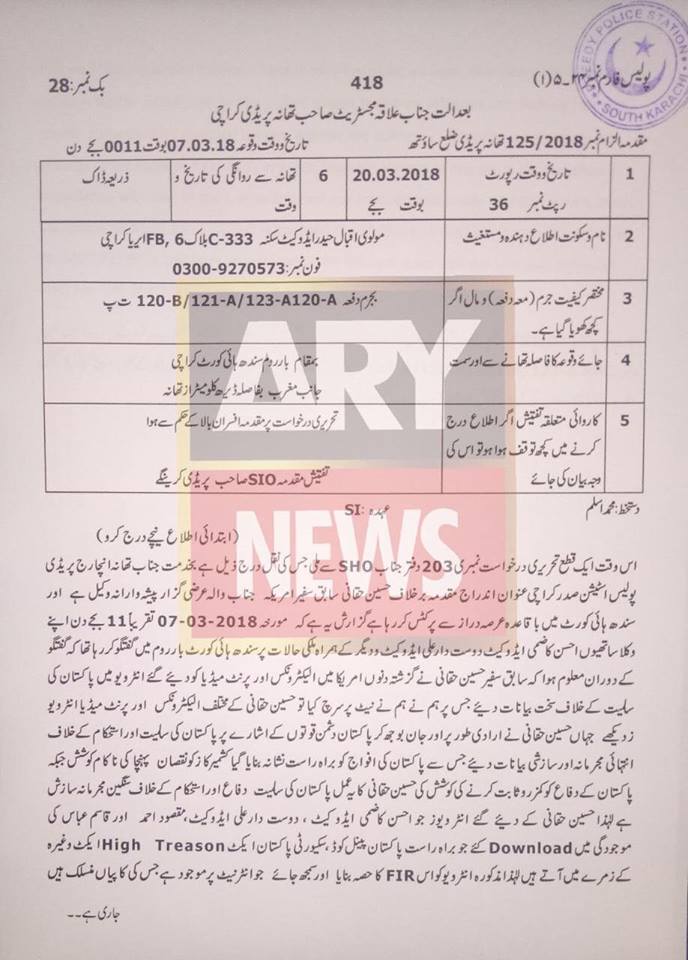 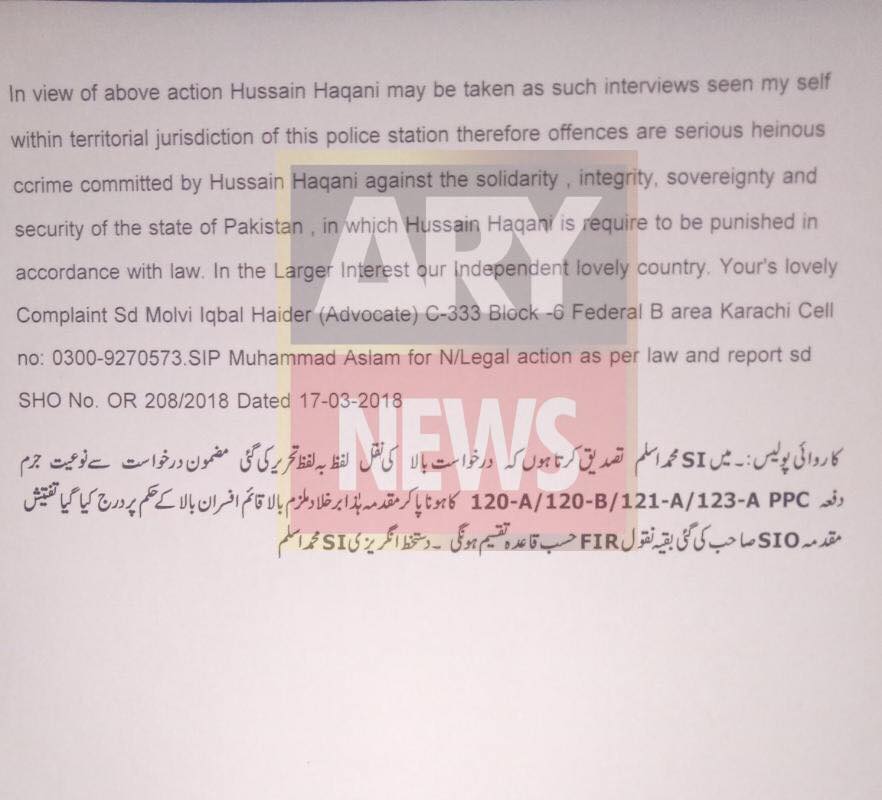 The DG FIA said that they had issued a red warrant of Haqqani in order to bring back the culprit.

Earlier, the court, while hearing the Memogate case on Thursday, asked what measures the government had taken to bring back Husain Haqqani.

The SC was however assured by the Additional Attorney General (AAG) that all efforts will be made to bring back him to Pakistan.

The Memogate scandal erupted in 2011 when Pakistani-American businessman Mansoor Ijaz claimed to have received an ‘anti-army’ memo from Husain Haqqani, the then-Pakistan envoy in Washington DC, for US joint chiefs chairman Admiral Mike Mullen.