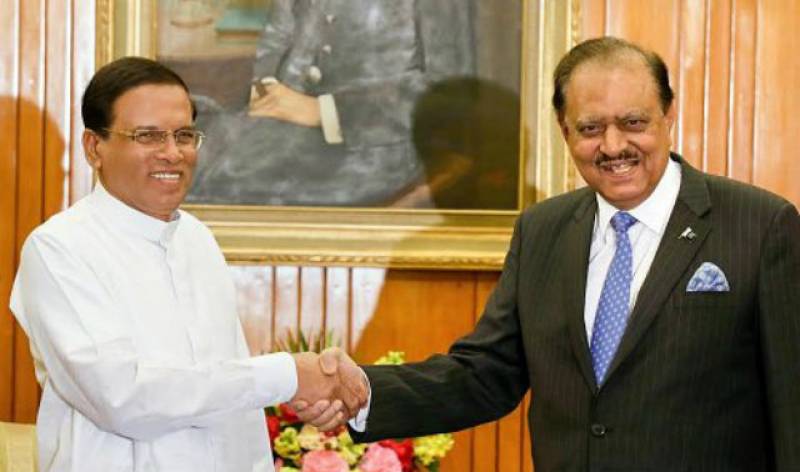 The federal government has made elaborate arrangements to welcome President Sirisena, who will be visiting the South Asian country on a three-day state visit. He will witness the National Day military parade, air display and pageant at Shakarparian Parade Ground.

Pakistan gained independence on August 14, 1947 and became a republic on March 23, 1956. Since then the Republic Day is celebrated as the national day of Pakistan.

The Sri Lankan leader will also hold talk with his Pakistani counterpart and Prime Minister Shahid Khaqan Abbasi and other officials during the visit.

This is the first time a Sri Lankan leader received such an invitation to be the chief guest on the national day of Pakistan and it reflects the strength of bilateral friendship and ties, the Sri Lankan president's media division said in a release.

A number of memorandum of understanding (MoU) and agreements of cooperation would be signed between the two countries.

During his visit, President Sirisena will also open the re-furbished International Buddhist Centre in the diplomatic enclave in Islamabad.