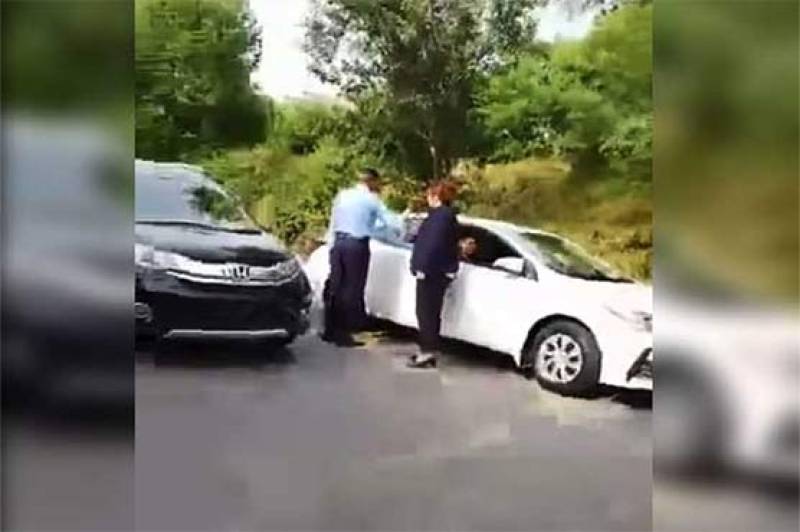 ISLAMABAD - The capital police arrested on Sunday Dr Shehla Shakeel Sethi for threatening police personnel for not allowing her into a diplomatic enclave on October 17.

A video of woman abusing, threatening and misbehaving with police officials at an entry point to the Diplomatic Enclave went viral on social media.

Dr Shehla, who is a doctor in the US and had recently returned to Pakistan, was stopped by police officials as the number plate on her vehicle was missing.

She repeatedly asked the police to provide a "genuine reason" as to why she had been stopped, and even pressured the police officers to permit the vehicle to enter the Diplomatic Enclave, a highly sensitive and secure location in Islamabad, where government buildings, foreign missions and offices are located.

According to police, “Dr Sethi has been shifted to the female police station after arresting from her residence in Chaklala. She will be presented before the duty magistrate today.”

On Saturday, Assistant Sub-Inspector Police Tahir Farooq had registered the FIR in the Secretariat Police Station against the woman after she threatened police personnel and hurled life threats when he tried to stop her from entering with a vehicle without a number plate.

Minister of State for Interior Shehryar Afridi had ordered Islamabad police to take action against the woman.