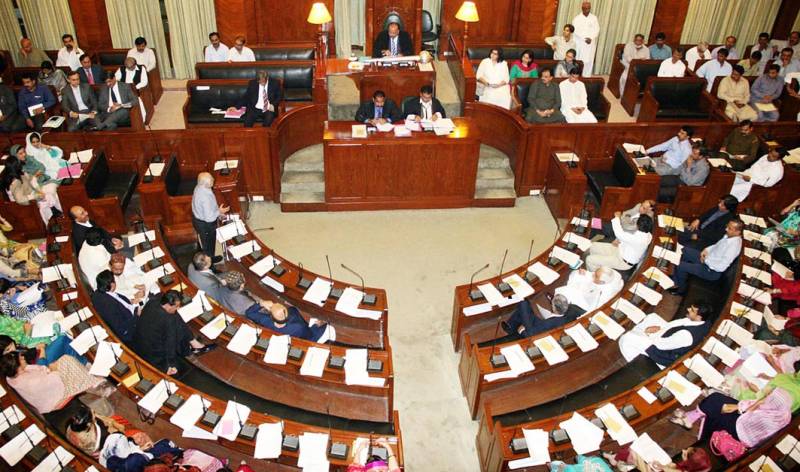 In the resolution, the MPA said that he strongly condemns the anti-Pakistan slogans and calls for terrorist acts in Pakistan, and that the Sindh Assembly should demand the federal government to try Altaf Hussain under article 6 of the constitution.

He also denounced the August 22 attacks on the offices of ARY News and Samaa TV on the call of Altaf Hussain.

The resolutions stated that MQM founder Altaf Hussain had chanted slogans against Pakistan during his speech on August 22 and stimulated the workers of MQM to attack the offices of news channels. Therefore, a strict action should be taken against him.

The PTI member Khurram Sher Zaman, in the resolution, also demanded that a treason case should be registered against Altaf Hussain.