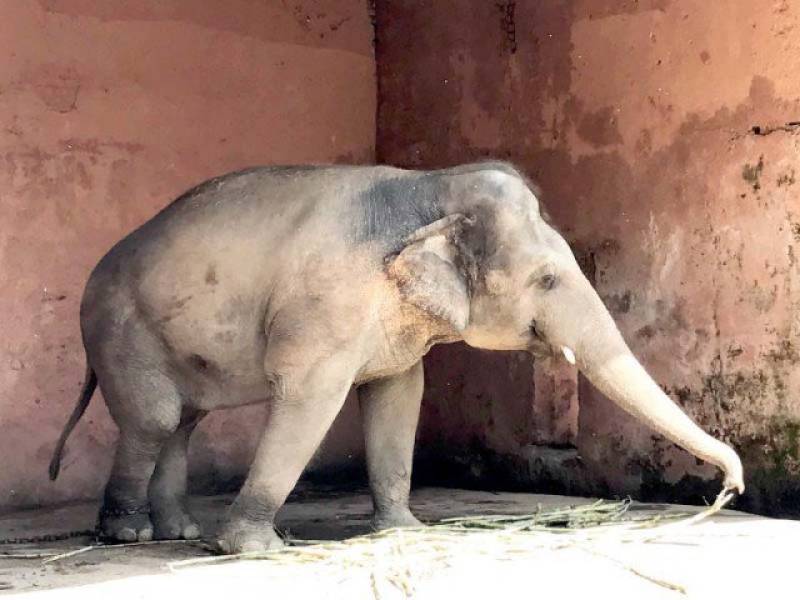 ISLAMABAD - The Capital Development Authority (CDA) has once again turned down a request made by an animal rights organistion to immediately shift 'Kavaan', a 36-year old elephant, which has kept in chains in Islamabad zoo, to a safe place abroad.

Mark Cowne, who runs the talent firm Kruger Cowne and is a representative of singer Cher and the animal welfare organisation “Free the Wild”, reached the capital on Tuesday with a three-member delegation.

The team held a meeting with Islamabad Mayor  and CDA Chairman Shaikh Anser Aziz to convince the government to hand over Kavaan and also offered a young pair in exchange for Islamabad zoo. Cowne also offered assistance for looking after the pachyderm.

In response, Aziz said the facilitates for the animals had been upgraded, adding that Kavaan was also being provided better treatment, food, medication and and shelter.

The mayor said the local administration freed Kavaan of his chains soon after the local government system was established.

He also said that animal rights activists should be be satisfied that Kavaan was being handled with more care.

On Wednesday, Cowne visited the animal himself and called on zoo administrators. On his Twitter account, he said: “Just had an excellent and positive meeting at Islamabad zoo”.

He also said that efforts were being made to free Kavaan, adding that the elephant has been put in chains again.

According to Express Tribune, “Note Kaavan has builders fixing his enclosure and he is restrained very temporarily,” he wrote alongside pictures of the elephant and builders surrounded by bricks.

The 33-year-old Asian elephant Kavaan has lived in the Margzar Zoo, Islambad since he was a calf. He was gifted to General Ziaul Haq by the Sri Lankan government. The elephant has been kept in chains for more than twenty years.

The campaign to free him by international animal lovers echoed in Senate after the media exposed the miserable conditions under which he is being kept at the zoo.