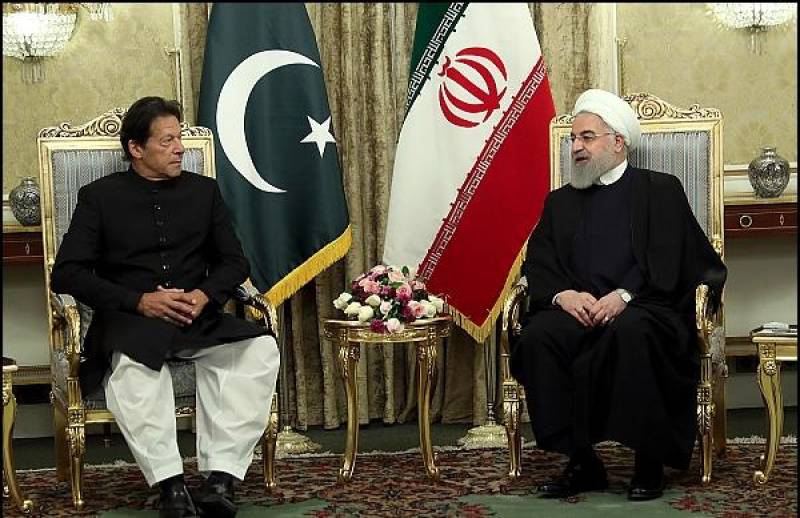 TEHRAN – Prime Minister Imran Khan on Monday called on President Hassan Rouhani at Tehran’s Saadabad Complex, the presidential palace, where he was given a warm welcome by the Iranian leader.

The national anthems of both countries were played during the welcoming ceremony, after which the Pakistani premier inspected a guard of honour.

PM Imran is in Tehran on his two-day official visit to Iran to hold talks with Iranian leadership on bilateral and regional issues. 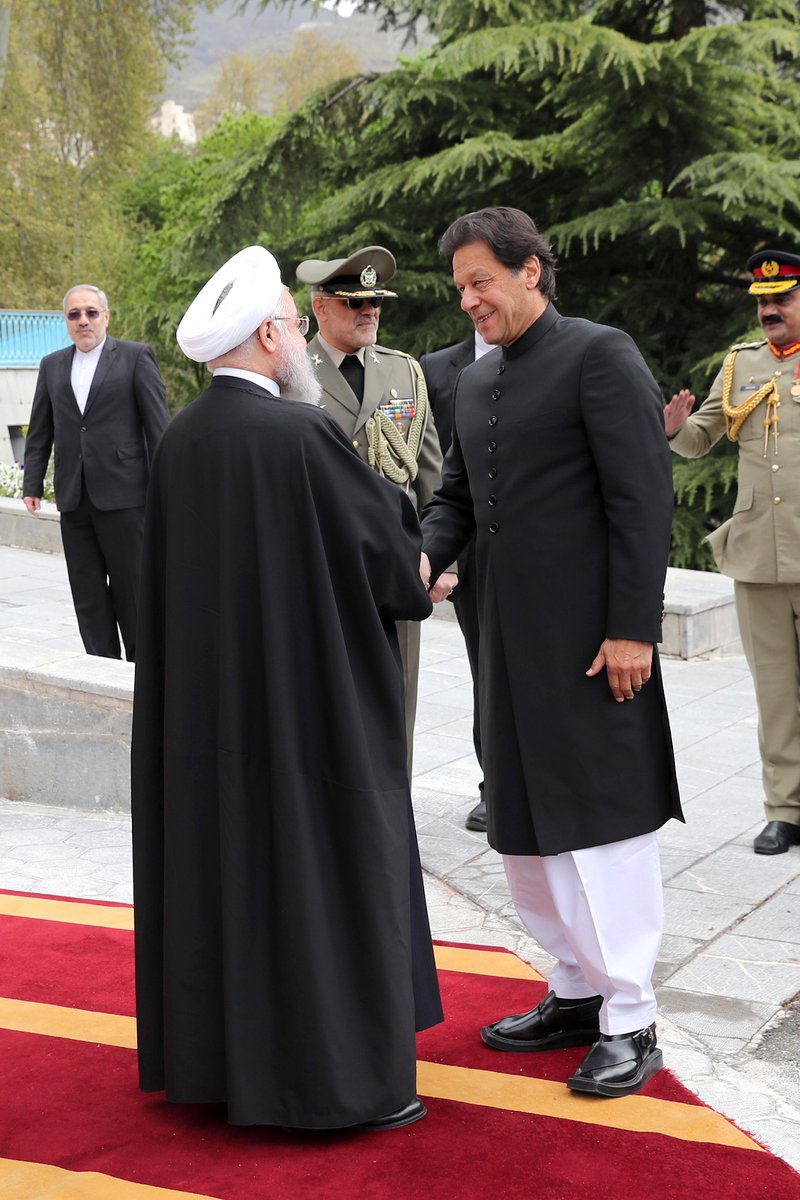 On his arrival at Tehran International Airport Saturday night, the PM was warmly welcomed by Iranian Health Minister Dr Saeed Namaki. A smartly turned out contingent presented a static salute to him.

ISLAMABAD – Prime Minister Imran Khan on Sunday evening arrived in Mashhad for a brief stop-over before proceeding to ... 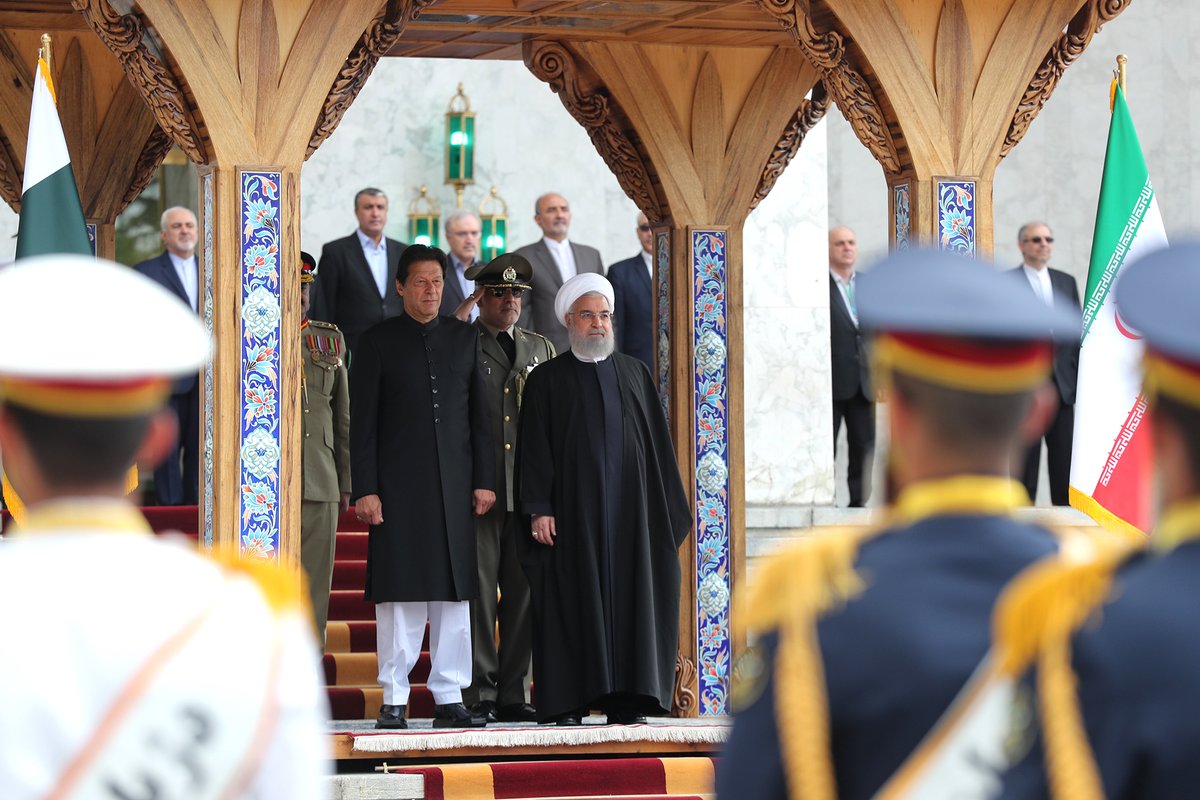 According to Radio Pakistan, the two leaders discussed entire spectrum of bilateral relations and ways and means to further bolster their relations in diverse fields.

He will also meet Pakistani and Iranian business community during this visit.

Earlier, Prime Minister Imran Khan arrived at Mashhad for a brief stop-over before proceeding to Tehran.

ISLAMABAD - Prime Minister Imran Khan on Sunday visited the shrine of Hazrat Imam Raza (AS) in Mashhad, during his ...

PM Imran was initially scheduled to visit Iran in January, but it was reportedly postponed at the eleventh hour due to unexplained reasons though the Foreign Office did issue a statement highlighting that Pak-Iran relations were "marked by close historic and cultural linkages and strong people-to-people exchanges".

The relations have, however, had a bad patch as well due to security issues along the border. There was a brief bonhomie in ties after Chief of the Army Staff Gen Qamar Bajwa’s unprecedented visit to Iran in November 2017.

According to diplomatic sources, border security issues will be on top of PM Khan’s agenda in Tehran, especially the April 18 terror attack in Ormara in which 14 armed forces personnel were killed. Following the massacre, the Ministry of Foreign Affairs (MoFA) lodged a strong protest with Iran over its inaction against the terror groups believed to be involved in the Ormara killings.

In a letter written to the Iranian embassy on Friday, the MoFA stated: “Killing of 14 innocent Pakistanis by terrorist groups based in Iran is a very serious incident that Pakistan protests strongly.”

Media reports said 15-20 terrorists camouflaged themselves in Frontier Corps uniform, barricaded the road and stopped three to four buses travelling from Ormara to Gwadar on the coastal highway at Buzi Top before dawn on April 18.

On the identification of the passengers, 14 personnel belonging to the armed forces were shot dead, including Navy, Air Force and Coast Guards personnel.

According to the ministry’s letter, “BRAS” — an alliance of three terrorist organisations — claimed responsibility for the terrorist act. The government said the terrorists had arrived from the border region and returned to the area following the incident.

Among other important issues, including border security, the Pak-Iran Gas Pipeline project is also expected to come under discussion between the two sides.