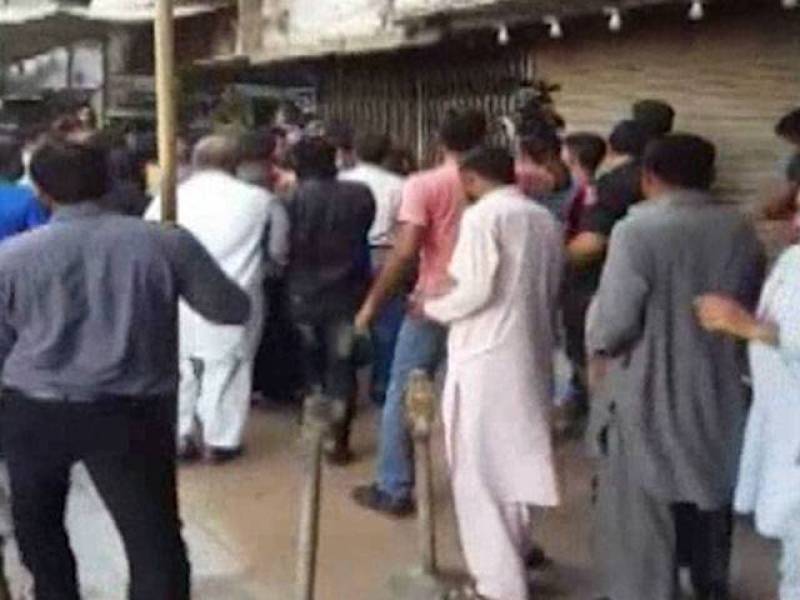 KARACHI (Web Desk) - Political workers of Muttahida Qaumi Movement (MQM) on Monday stormed the office of ARY News for not providing the party with what they called an enough media coverage.

The move comes shortly after MQM announced holding protests in front of news channels in protest against the lack of coverage of the party’s ongoing sit-in at press club.

Angry MQM protesters surrounded the channel’s office at Madina Mall and tried to barge into the building and reportedly broke the channel’s entry gate.

“One motorcycle was set on fire while Zainab Market and other shops in surrounding areas were closed. The clash between the police and MQM workers caused a massive traffic jam in adjacent areas,” sources added.

Gunshots were also heard in the area, where markets and shops were closed. Four people, including a policeman and a journalist, have been wounded.