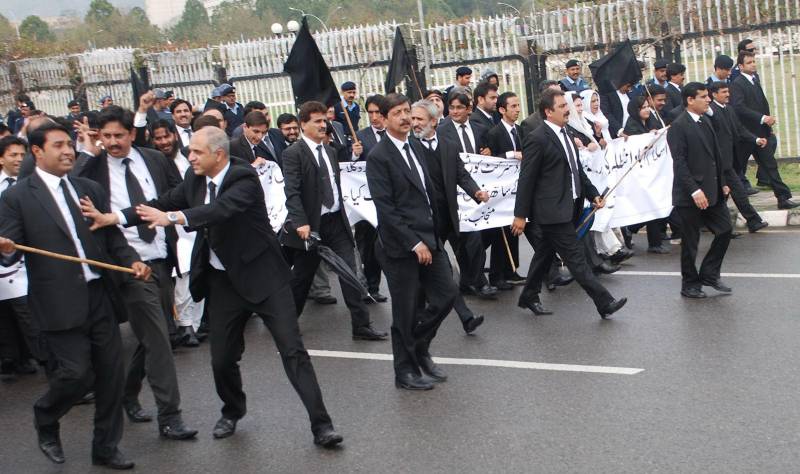 LAHORE - The legal community of Pakistan is observing a country-wide strike today (Tuesday) against the issuance of arrest warrants for Multan bar president by Lahore High court.

On Monday, the LHC bar association, along with other bar bodies across the country called for a country-wide strike following clashes outside the Lahore High Court.

Members of the bar addressed a press conference in Lahore and urged members of the fraternity to support their cause.

As soon as the warrants were issued, a group of lawyers tried to storm the Chief Justice block and broke a walk-through gate as well.

LAHORE - A furious bevy of lawyers attempted to break a security cordon and enter a courtroom at the Lahore High Court ...

The lawyers, after chanting slogans against LHC Chief Justice, blocked the special entry gate for judges and pelted stones at the building while refusing to accept LHC’s non-bailable arrest warrant for Qureshi.

After a hours-long battle with police, lawyers announced its decision to observe strike tomorrow.

Karachi Bar Association has announced the boycott of courts tomorrow (Tuesday) against the confrontation between the judiciary and the lawyers.

Karachi Bar Association announced that it would hold General Body meeting at 11 am tomorrow.