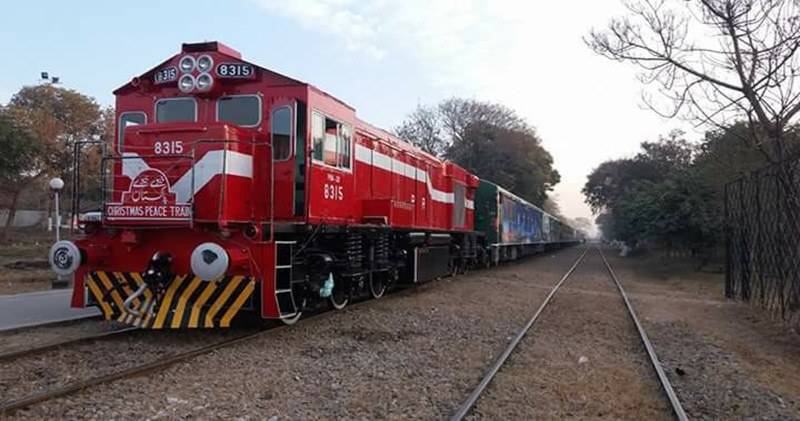 The minister, while addressing the inauguration ceremony, hailed the role of minority groups, especially Christians, in the development and prosperity of Pakistan.

"The white color of our national flag denotes minority groups, and it is incomplete without them," Saad said, adding that this train would serve as a symbol of unity, tranquility and harmony wherever it would go. The minister was accompanied by Federal Minister for Human Rights Kamran Michael and other Railway officials during the press conference.

The countrywide Christmas Peace Train will start its journey from Rawalpindi today and is scheduled to reach Karachi on December 31, 2016.

Through this initiative, Pakistan Railways hopes to create awareness about inter-faith harmony in the country and to mark Christmas as well as the birth anniversary of Quaid-e-Azam Muhammad Ali Jinnah.

The Christmas Train has been launched in collaboration with Pakistan Tourism Development Corporation, Pakistan Railways and Human Rights Division.