Pakistan has clear vision regarding Kashmir cause, says Aisha Farooqui 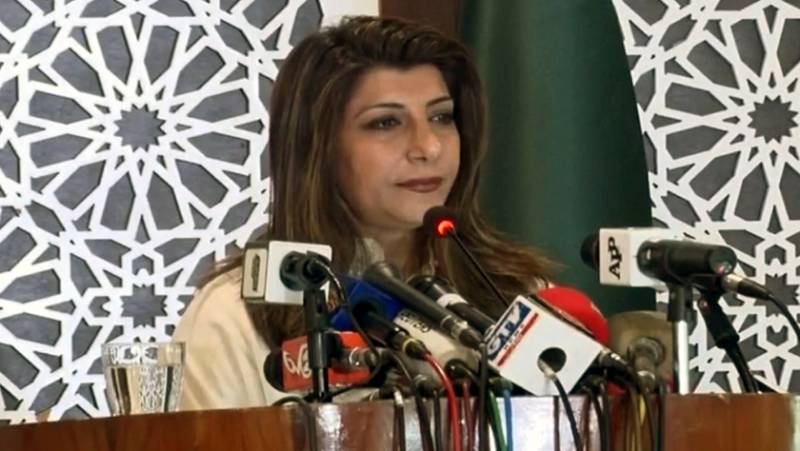 ISLAMABAD - Foreign Office Spokesperson Aisha Farooqui has said Pakistan has a clear vision regarding Kashmir cause and it will defend it at every front.

Addressing a seminar on Kashmir in Islamabad (Tuesday), she said government's diplomatic campaign has been successful in exposing Modi's fascist regime.

The Spokesperson said due to our efforts, United Nations Security Council called its second meeting over the issue of Kashmir.

She reaffirmed that Pakistan will continue its moral, political and diplomatic to the people of occupied Kashmir for their right of self-determination.

Speaking on the occasion, he said use of pellet guns by Indian forces against innocent people of occupied Kashmir is horrible.

The Chairman said back to back reports from United Nations Human Rights Council in June 2018 and July 2019 have changed the world narrative about Kashmir, the Radio Pakistan reported.