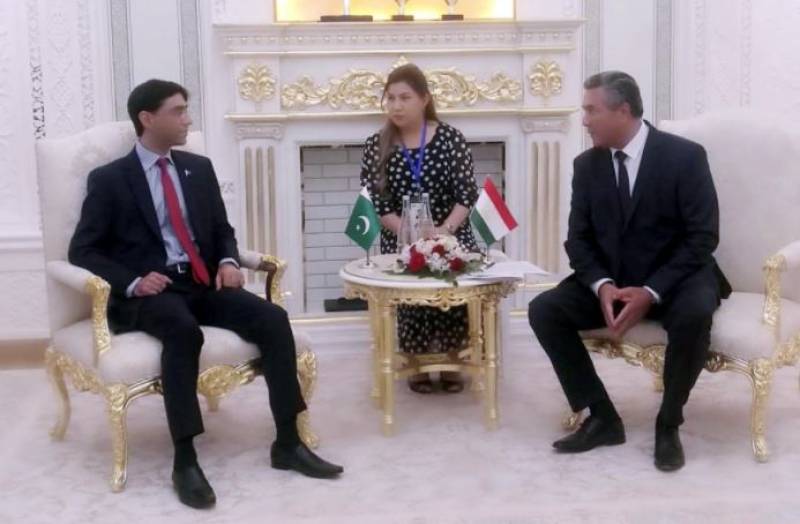 ISLAMABAD – Pakistan and Tajikistan have reiterated their resolve to further deepen and diversify the bilateral ties for mutual benefit.

Dr Moeed Yusuf extended felicitations to his Tajik counterpart on assumption of SCO chair and best wishes for successful organization of 16th meeting of Secretaries of the Security Councils of SCO Member States as well as upcoming 20th Anniversary of SCO Summit in Dushanbe in September later this year.

Dr Yusuf said that both countries needed to pay special focus on strengthening bilateral cooperation in the areas of trade, transport, connectivity, energy and Defence & Security.

He highlighted that Pakistani seaports including Gwadar offered the most economic and efficient route to Tajikistan for its connectivity with the outer world through sea.

In the meeting, Tajik Secretary of Security Council, Mahmudzoda expressed gratitude on behalf of his government for Pakistan’s continued assistance in humanitarian and technical spheres including provision of trainings for capacity building of Tajik servicemen.

Mahmudzoda said that bilateral ties between Pakistan and Tajikistan are flourishing day by day and the recent visit of Tajik President to Pakistan has added yet another impetus to these ties.

He remarked that it was first bilateral meeting held by Tajik side for any visiting foreign dignitary in the newly built building in Presidential Complex in Dushanbe. The two NSAs resolved to maintain the regular contacts for further boosting the bilateral ties.