Musharraf will be brought back through Interpol if needed: Nisar 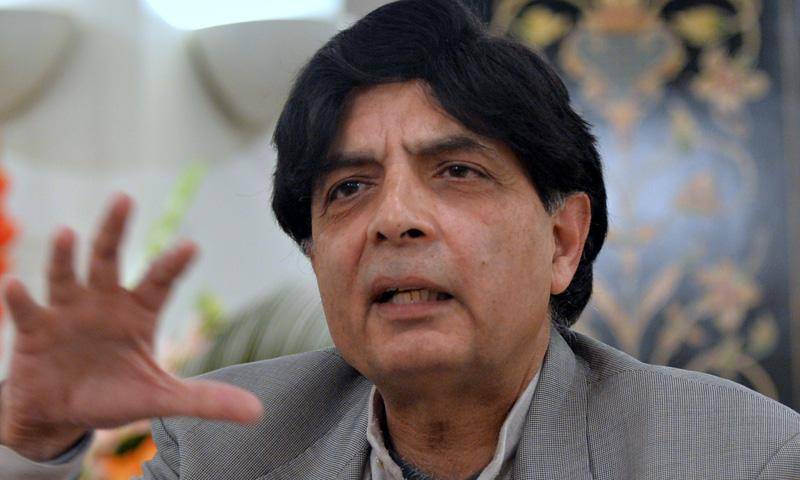 ISLAMABAD (Web Desk) – Interior Minister Chaudhry Nisar Ali Khan on Monday said former president Pervez Musharraf would be extradited back to Pakistan through Interpol, whenever court issues order in this regard.

Responding to points raised by the leader of the opposition in joint session of the Parliament, the minister assured the House that all possible options including Interpol would be used to bring him back to the country, if Musharraf adopts defying course.

He said the name of Musharraf was removed from the Exit Control List (ECL) in the light of the Supreme Court judgment.

He said during five year tenure of Pakistan People’s Party (PPP), the then opposition extended fullest possible cooperation for taking action against General Musharraf but the government remained silence.

He said rule of law was taking roots in the country as Musharraf's name remained on Exit Control List for over two years and had to face treason charge.

He urged political parties to strengthen the government's hands for ensuring rule of law in the country.

He said the name of Musharraf was also involved in the assassination of former prime minister Benazir Bhutto as per FIR of the case but the PPP government had miserably failed to take action against him.