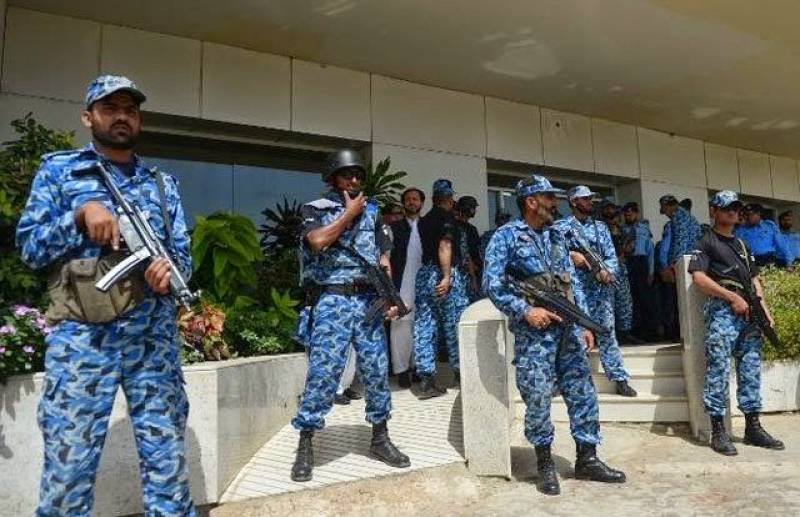 LAHORE - The Airport Security Force (ASF) staved off a suspected terror bid at Lahore’s Allama Iqbal International Airport on Wednesday by recovering a cache of weapons from a car.

According to reports, security personnel stopped a car at a checkpost and discovered a large cache of weapons and ammunition while searching it.

The ASF seized a bore rifle, seven magazines, and dozens of bullets from the vehicle.

After the recovery, the weapons, along with the car and driver were handed over to the police.

Law enforcement agencies in Pakistan have beefed up security across the country following a recent string of attacks.

Earlier, on Friday, Pakistan Army on Friday foiled a massive terror bid and shot dead six militants as they attacked a check post in Khyber Agency.

According to Inter Services Public Relations, terrorists from across the Pakistan border attempted a physical attack on FC Post in Khyber Agency. Pakistani troops effectively responded and killed six terrorists.