PM urges nation to show self discipline, guard against panic 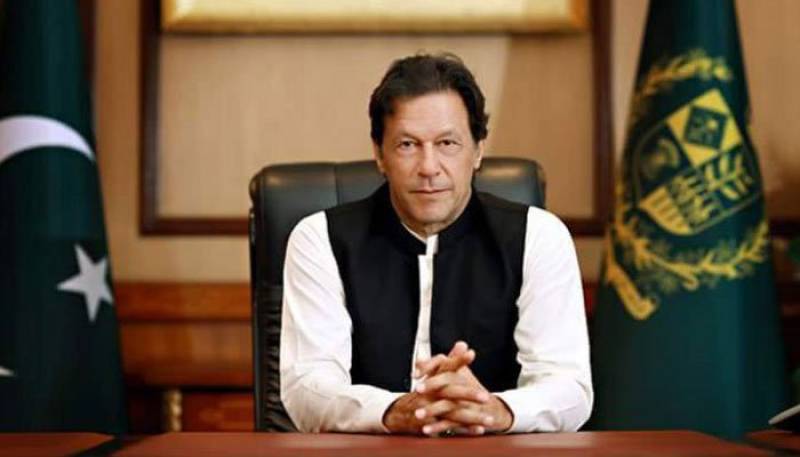 ISLAMABAD - Prime Minister Imran Khan Sunday appealed to the nation to impose self-discipline and should not indulge in panic buying, as with collective efforts, they would overcome the threats of Coronavirus (COVID 19) pandemic.

In his second televised address to the nation after the country reported above 600 Coronavirus cases, the prime minister said that they were not going for complete lockdown as the situation in Pakistan was different from the rest of the world. It would create economic woes as 25 per cent chunk of its population was living below the poverty line.

“The issue of panic is more dangerous than Coronavirus. If all go on panic buying, it will result in irreparable damage to society,” he stressed.

Noting a difference between the situation in Pakistan and those of the US, UK, Italy, and France after the COVID 19 pandemic, he said the complete lockdown would mean the imposition of curfew across the country with the law enforcement agencies and armed forces on the streets to enforce it.

In case of such a scenario what would become of the laborers, daily wagers, rickshaw, and taxi drivers, he said adding they would have no resources to look after their families, similarly, the government did not have the resources to cater to their needs.

The prime minister said China did it because it was the second richest country in the world with an adequate system and huge resources.

Reminding the nation to adopt precautionary measures, he said “They should go for self-quarantine. If you have symptoms like flu and cough, stay inside your homes instead of visiting hospitals.”

The prime minister observed that about 90 per cent affected persons from the disease had mild symptoms and they recovered quickly. The disease posed serious threats to the old and senile population or those who had respiratory complications.

“The pandemic could spread quickly if the nation did not take precautionary measures,” he warned.

The prime minister said that social distancing should be given preferences instead of holding marriages or other social gatherings inside homes as it would be an injustice with the old population of the country who were the most vulnerable segment of society.

“My advice is to impose discipline upon yourself, take care of yourself and avoid going outside,” he stressed.

The prime minister said the government had already issued directives for the closure of shopping malls and rescheduling of cricket events.

The prime minister said Allah Almighty often tried the believers with ordeals. “I have a firm belief in my nation which always emerges out of the trying times successfully. I am proud of my nation which faced difficult times.

I have strong hopes with my nation and it will not disappoint me,” he said and cited the natural calamity of the 2005 earthquake and 2010 floods which inflicted huge damages upon the country.

He also mentioned the support extended by the overseas Pakistanis in those hard times.

The prime minister said today, his government required the nation’s full support and cooperation in tackling the Covid 19 threat as any slackness or irresponsibility on their part could lead to a problematic situation.

He said if the nation imposed self-discipline like the one exhibited by the Chinese nation, it would emerge successful in the current situation.

The prime minister said the country had no shortage of edible things and advised the people not to pile up things unnecessarily.

He further assured the nation that he along with his team were working day and night as to how to tackle the situation and steer the business, economic and industrial sectors of the country out of the current economic slowdown.

And in this regard, he would announce a plan within a couple of days, he added.

The nation, he said, should have full confidence in his government and his economic team that had been fully alive to the current situation and devising mechanism to provide relief to the public by mitigating their problems.

With regard to media, the prime minister observed that it had an important role in the current situation.