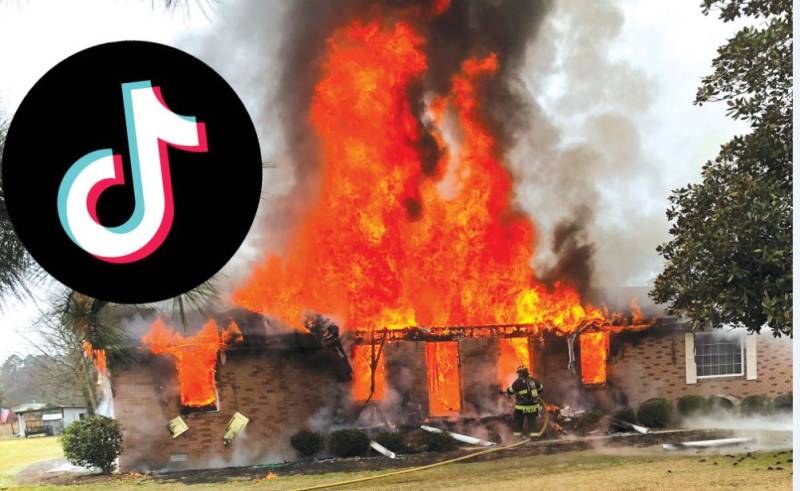 KARACHI – In another accident related to Tiktok craze, a woman was arrested on Saturday for allegedly setting her house on fire in a TikTok video.

As per the details, Marvi Khiliji a student of 10th standard was arrested after her father, Abdul Aziz, complained to police that she had set fire to their house while filming a TikTok video.

Police responded on the complaint of the Marvi and booked her under Section 436, 427 and 506/2, bringing her to the court of the magistrate.

The court sent the arrested girl to Sukkur Prison.

Earlier on Friday a security guard accidentally shot himself dead while shooting a video for TikTok near Gulistan-e-Jauhar, Karachi.

KARACHI – A security guard on Friday accidentally shot himself dead while shooting a video for TikTok, a highly ...