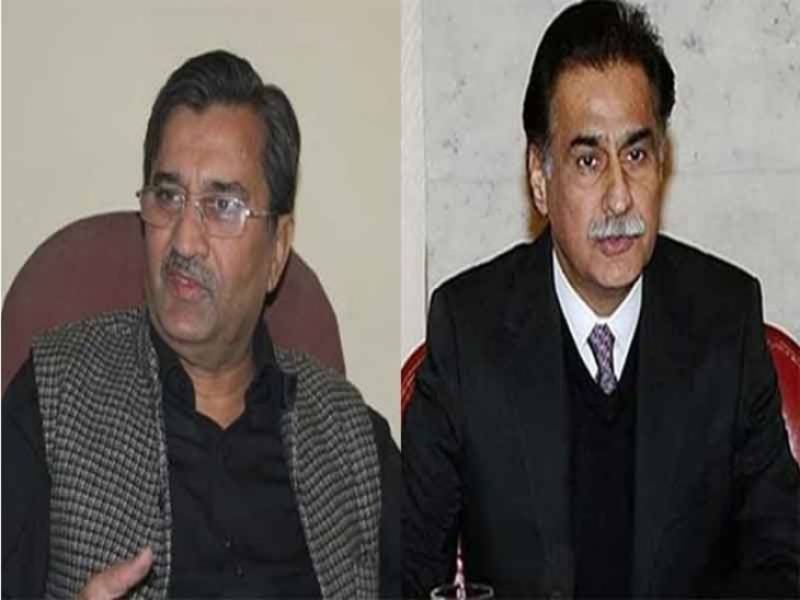 According highly reliable sources the decision has been made on the request of PML-N Lahore's leadership which expressed extreme dissatisfaction on Ayaz Sadiq's conduct. They have suggested the name of Pervez Malik, who is another PML-N MNA from Lahore, for the post in a meeting with Punjab Chief Minister Shahbaz Sharif and MNA Hamza Shahbaz, citing his active participation in NA-122 by-poll.

Another fear that looms over Ayaz Sadiq is the allegation of Pakistan Tehreek-e-Insaf (PTI) that PML-N transferred more than five thousand voters of NA-122 to other constituencies to secure the seat in October 11's by-election. The party has so far gathered undertakings of 3,000 voters who claimed that their votes were transferred without due consent.

The sources also claimed that PML-N has been in talks with other political parties including Pakistan People's Party (PPP) and Muttahida Qaumi Movement (MQM) for the election of NA speaker, who also insisted that Ayaz Sadiq must not be fielded for the slot once again.

According to National Assembly rules, the reelection of speaker’s slot is mandatory once it goes vacant, no matter what. Any such reelection would be administered by deputy speaker of NA who is also the custodian of the lower house of parliament in speaker’s absence.

Sardar Ayaz Sadiq is likely to once again take oath as MNA on October 26 in the first ever session of NA since his disqualification on August 22.

Previously in 2013, Ayaz Sadiq bagged 258 out of the 313 votes cast. The other candidates from Pakistan Tehreek-e-Insaf (PTI), Shaheryar Afridi, managed to get only 31 votes while Muttahida Qaumi Movement’s (MQM) SA Iqbal Qadri could secured only 23 votes.