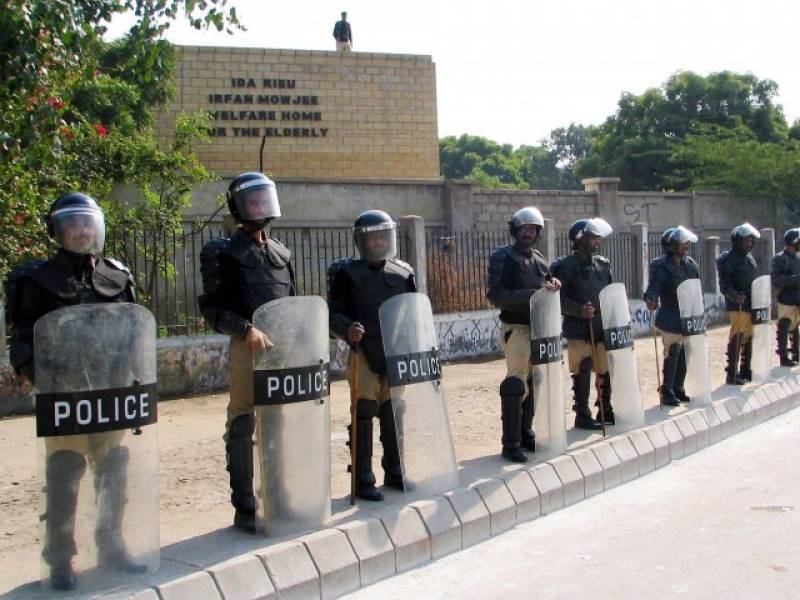 LAHORE (Staff Report) - Federal government and all four provincial governments have chalked out comprehensive security plans in the wake of Ashura (Muaharram 9 and 10).

According to a statement the federal interior ministry has decided to suspend the mobile phone service in as many as 64 districts of country to avoid any terrorist activity.

Moreover the Ashura processions will be strictly monitored by CCTV cameras and thousands of security personnel have also been deployed on the occasion.

Punjab Chief Minister Shahbaz Sharif has ordered to suspend mobile phone service from 8 am to 8pm in the province on Ashura days.

He said also ordered the members of Cabinet Committee for peace and Divisional Commissioners to ensure alternate traffic plan and culmination of procession within given time frame.

In Karachi all routes of the main mourning processions have been sealed and heavy contingent of police and rangers have been deployed on security.

More than seven thousand and five personnel of police and other law enforcing agencies have been deployed at sensitive places in Peshawar.

A Supreme Command Post has also been set up to ensure security of the processions.

One hundred and ten closed circuit television cameras have been installed on the routes of processions and near Imambargahs and Peshawar City has been completely sealed off to ensure law and order.

The processions will monitored through CCTV Cameras and helicopters as well.