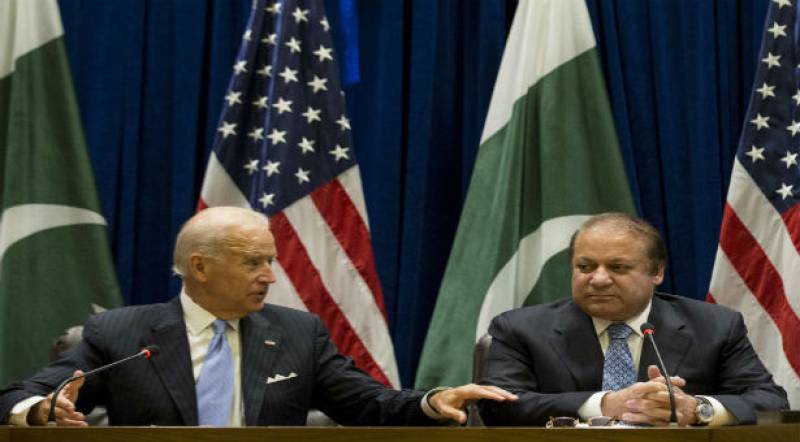 WASHINGTON (Web Desk) - Prime Minister Nawaz Sharif held a meeting with US Vice President Joe Biden on Thursday over breakfast at the latter's residence in Washington.

The PM apprised the VP of his government's priorities and policies and also about the important economic milestones achieved over the last two years.

They reaffirmed their commitment to remain closely engaged to achieve lasting peace and stability in the region.

Nawaz and Biden also agreed on the need to closely coordinate for peace and reconciliation in Afghanistan.

Vice President Biden acknowledged Pakistan's positive and crucial role in the war against terrorism and reaffirmed US commitment to continue helping Pakistan in achieving their shared interests.