Karachi rickshaw driver who set himself on fire succumbs to wounds 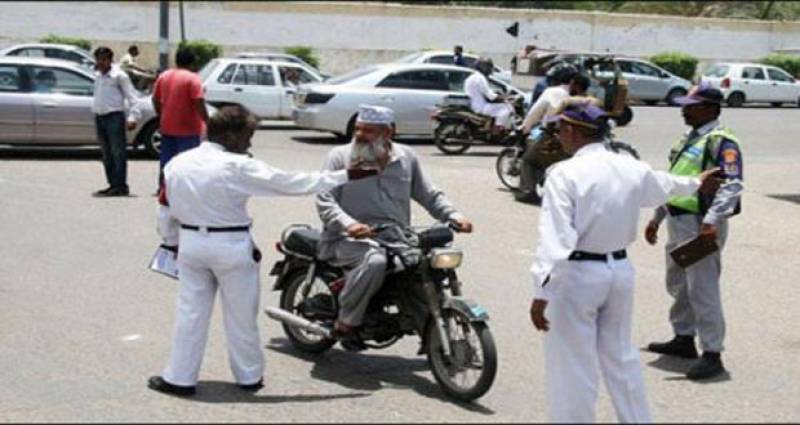 KARACHI - A rickshaw driver who had attempted to set himself on fire, in protest over the alleged extortion by traffic police, succumbed to his injuries on Monday.

Rickshaw driver Muhammad Khalid, a resident of Model Colony, had sprinkled oil on his body and set himself alight near the city police office in Karachi's Saddar area on Saturday, saying he was "fed up" with the daily challan and alleged "extortion" by the traffic police.

He was rushed to Civil Hospital Karachi’s Burns Ward but doctors couldn’t save him as he succumbed to the injuries.

In his statement being shared on social media, Khalid had alleged that Assistant Sub Inspector (ASI) Mohammed Hanif had been extracting Rs100 from him daily. He gave the policeman Rs50 on Saturday, but the latter insisted on Rs100 and on refusal the ASI handed him a challan.

The poor Rikshaw driver blamed that he was victimized several times by traffic police.

Sindh police chief Dr Syed Kaleem Imam had taken notice of the incident and ordered the DIG traffic to conduct an inquiry into the matter and submit a report to him.

Karachi police chief Dr Amir Shaikh had suspended the traffic police official and visited the rickshaw driver at the hospital.

Meanwhile, two cases were lodged against the traffic policeman, Hanif, for asking for bribes and causing the suicide. The police said he was arrested yesterday.