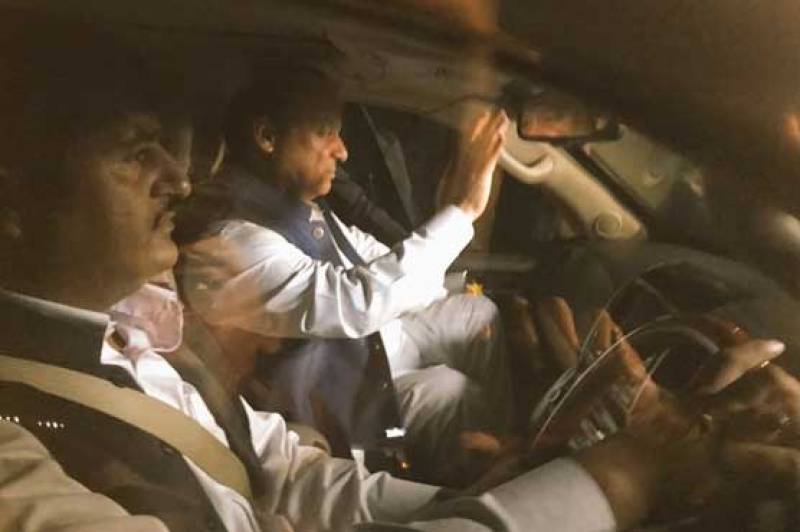 LAHORE – The National Accountability Bureau (NAB) said Tuesday that the condition of former prime minister Nawaz Sharif was under control and his dengue tests were negative.

The PML-N supremo was shifted from NAB's detention center to Service Hospital for emergency medical checkup on Monday late night. A large number of PML-N workers, who were present at Jail Road, chanted slogans against the NAB officials and the government.

According to a press release, the anti-graft body shared information regarding the ex-PM's latest condition, stating that Nawaz Sharif's platelets had decreased "allegedly due to provision of medicine which makes blood thin that was suggested by his personal physician Dr. Adnan Khan."

The anti-corruption watchdog also stated in its statement that Nawaz Sharif was shifted to Services Hospital for a complete medical examination and for increase of his platelet levels.

NAB has also rejected the impression that Nawaz Sharif was seriously ill, and made request to media not to spread speculations without consulting NAB's spokesperson.

"Media should avoid from spreading speculations without consulting NAB's spokesperson," said the release.

Earlier on Monday evening, Nawaz Sharif's personal physician Dr. Adnan Khan pointed out the deteriorating health condition of Nawaz Sharif and requested the Punjab government to immediately shift him to a hospital for treatment.

Former PM #NawazSharif is detected to have critically low Platelet Count (16*10^9/L) that could be due to multiple pathologies & requires immediate in-hospital care.

According to reports, PML-N President Shehbaz Sharif also issued a statement and demanded the Punjab government to shift his brother Nawaz Sharif to hospital without any delay.

"Imran Khan Niazi will be responsible if anything happened to his brother Nawaz Sharif," he said. He also it is very callous approach that PTI government was not shifting him to hospital despite his deteriorating health condition," said Shehbaz.

"I want to make it clear that Imarn Khan cannot hide his incompetence and lies by depriving Nawaz Sharif of medical treatment," said Shehbaz Sharif.

At Services Hospital, a special room has been provided to Nawaz Sharif and strict security arrangements have also been made outside his room. The entry of the common citizens and patients have been barred in the area.