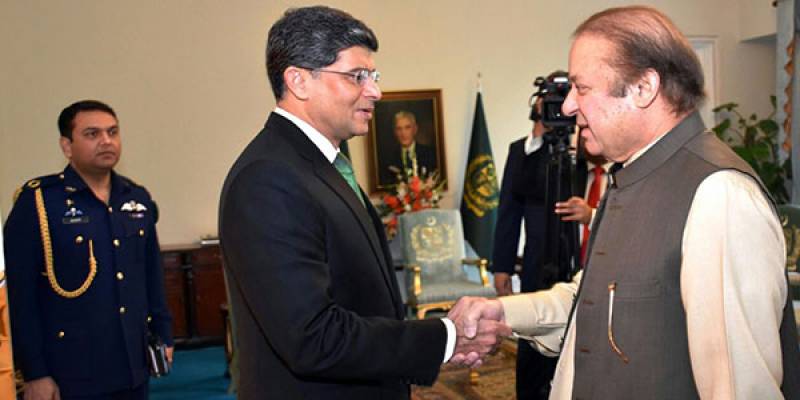 During the meeting, the premier congratulated Naveed Mukhtar on assuming the charge, and discussed the overall security situation in the country.

The DG ISI (Inter-Services Intelligence) briefed the prime minister on the ongoing war on terror. They also discussed issues related to professional role of armed forces.

Lieutenant-General Naveed Mukhtar was previously DG-CT in ISI and commander of 26 mechanised divisions in Bahawalpur. He joined the Army in the 68th Pakistan Military Academy course, and was duly promoted to the rank of Major with 13 Lancers, after which he assumed command of the 22 Cavalry.