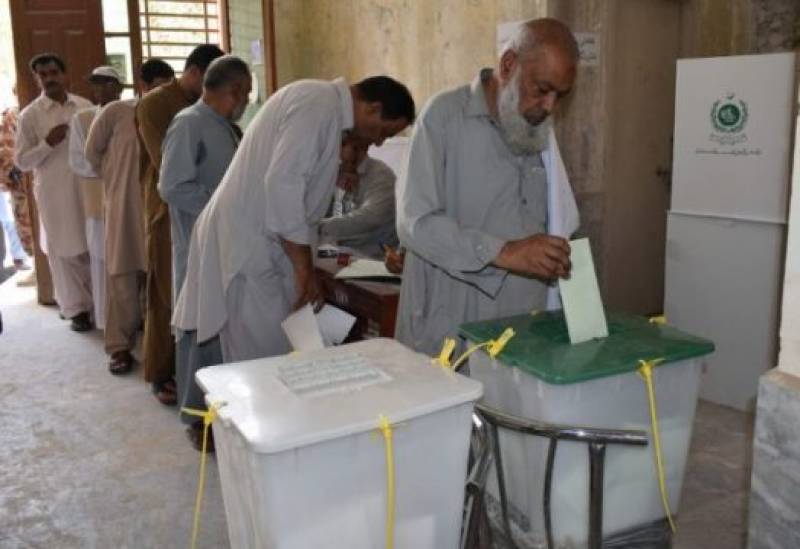 According to local media reports, polling will continue till 4pm without any break for 139 vacant seats of Sindh, 334 KP, and 24 municipality seats of Karachi.

There are four vacant seats in District West, eight in Malir, six in South, four in Central, and one each in East and Korangi. Some 540,960 people are expected to cast their votes.

In Hyderabad, by-polls are being held for three municipal seats, whereas in Bannu, there are five district and one councilor seats vacant. Polling in Bannu is set to continue till 4pm with no breaks.

More than 1,100 police officers have been stationed in Bannu and Section 144 has been imposed.

In Nawabshah, by-elections are being held at Union Councils Hasan Jamali and Gohram Mari, while in Badin, by-polls are slated for Town Committee Halani.

The seats were left vacant owing to various reasons, including candidates dying, getting disqualified or opting to go to the assemblies.