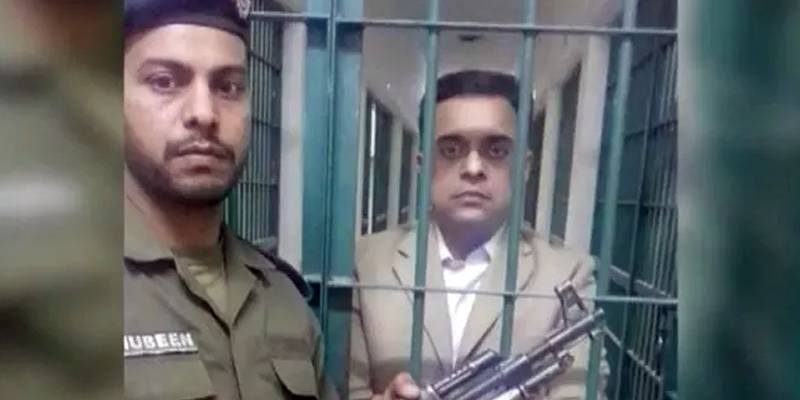 LAHORE - Bureaucrats of Punjab on Friday stopped working in response to what they call misuse of authority and harassment by the National Accountability Bureau (NAB) during the course of corruption investigations, ARY News reported.

The Punjab Civil Secretariat went into lockdwon after DMG group officer closed their officers in protest over the arrest of former director general of Lahore Development Authority (LDA) Ahad Cheema in Ashiana Housing Scheme scandal by the NAB.

Reports say a meeting of the civil servants is underway at GOR Punjab Secretariat under Additional Chief Secretary Umar Rasool. The officers are demanding the immediate release of Cheema, who has also been promoted to Grade 20 by the Cabinet Division.

On Thursday, the government officers in Pakistan’s biggest province called for action against the officials of NAB over their alleged misuse of authority and harassment.

The officers, including secretaries, commissioners and inspector general of Police, convened a meeting in Lahore on Thursday, where they threatened to quit office work till the federal and the Punjab government took measures for protection of public servants’ rights.

A resolution, highlighting serious concerns over the harassment and humiliation, was also submitted to CM Shehbaz Sharif.

The resolution states: “The administrative secretaries and divisional commissioners in the Punjab, in a meeting today (Feb 22), have expressed their serious concerns over the harassment and humiliation being meted out to the public servants in the province by brazen misuse of authority and gross abuse of discretion for extraneous considerations by the NAB functionaries in the Punjab.”

“Such uncalled for actions have caused deep anxiety and sense of insecurity among the public servants which is detrimental to the normal government functioning. Federal Government and Punjab Government should take measures for the due protection of the rights and human dignity of the public servants serving in Punjab,” it adds.

The resolution further reads “it must be ensured that the NAB functionaries exercise their powers in a fair, just and transparent manner in public interest and strictly in accordance with law.”

Also, according to the resolution, the Chief Justice of Pakistan, Mian Saqib Nisar, being custodian of fundamental rights, “may take suo motto cognizance of the matter”.

The move follows the arrest of Ahad Cheem over illegal allotment of land for Ashiana Housing Scheme in the Punjab capital.

Established by an ordinance in 1999, the National Accountability Bureau is an autonomous and constitutionally established federal institution responsible to build efforts against corruption and prepare critical national economic intelligence assessments against economic terrorism to the Government of Pakistan.

The anti-corruption watchdog is empowered to undertake any necessary prevention and awareness, in all means, in addition to enforce its operations against the economic terrorism and financial crimes.

With its chief headquarters located in Islamabad, it has four regional offices in the four provinces of the country as well as four capital territories of the country. As of present, the institution is constituted and directed by its current chairman, Justice (r) Javed Iqbal.